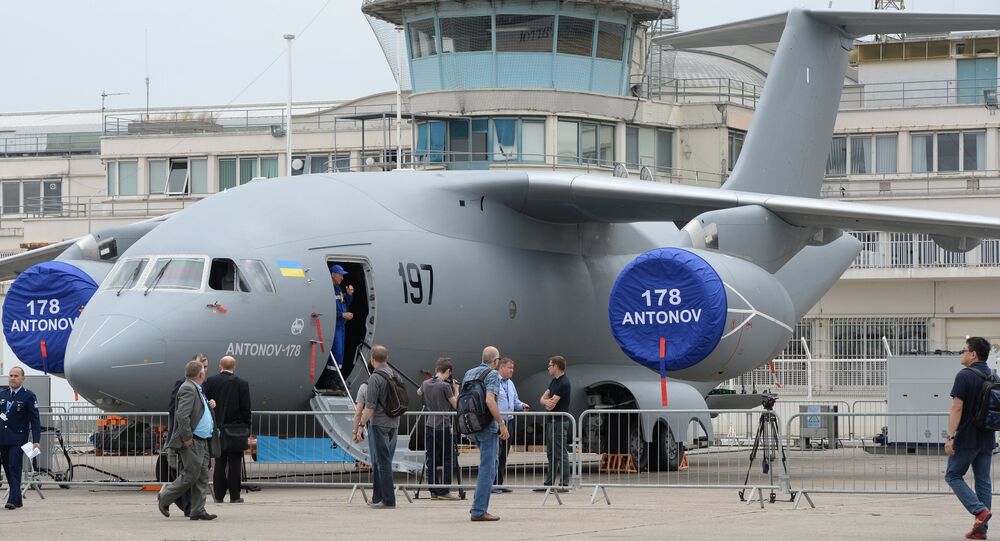 Saudi Arabia has purchased 30 Ukrainian aircraft which are likely to be named after an infamous Nazi collaborator.

© Sputnik / Vladimir Fedorenko
Ukraine Has No Chance of Winning $3Bln Debt Case Against Russia
Ukraine’s Antonov State Company will supply 30 An-178 aircraft to Saudi Arabia, according to RIA Novosti.

"Antonov and Taqnia Aeronautics of the Kingdom of Saudi Arabia have signed a ‘memorandum on mutual understanding.’ This agreement confirms the decision reached by both parties for Ukraine to supply 30 An-178 multirole aircraft to the Royal Saudi Air Force," says a statement released by Antonov’s press service cited by the news agency.

The An-178, a short-range military transport aircraft, is likely to be named 'Bandera' in honor of Stepan Bandera, a notorious Ukrainian WWII Nazi collaborator.

According to Taqnia Aeronautics' CEO Ali Mohammed Al-Ghamdi, the company chose to purchase An-178 due to its price and low maintenance cost compared to other similar aircraft, RIA Novosti adds.

In October, Antonov launched a poll on its official Facebook page in order to give the public the chance to name its newest creation, the An-178. According to media reports, the most popular name, with over 2,500 people voting for it, turned out to be 'Bandera'.

Canada Announces $13.6Mln in Funding to Increase Trade With Ukraine