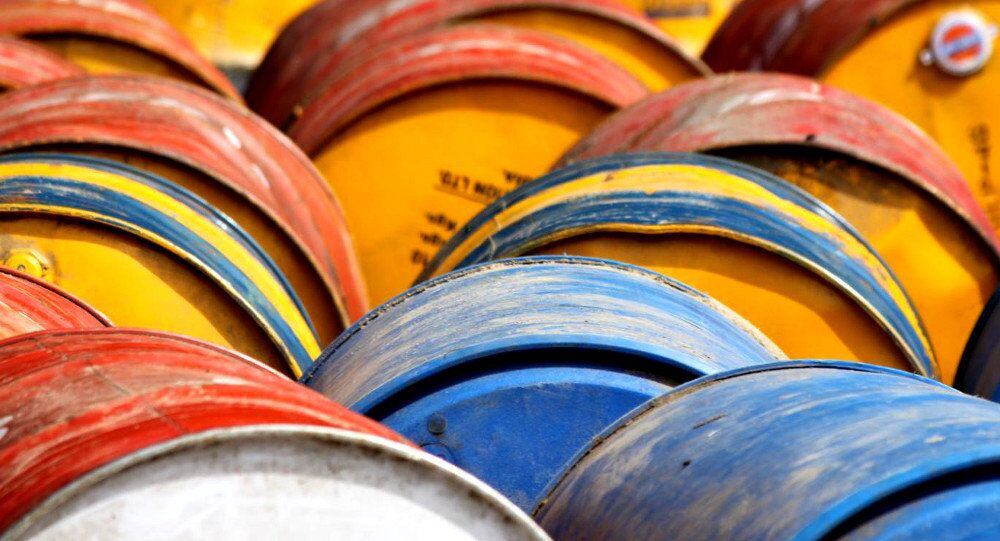 Crude oil is currently experiencing heavy downward pressure, posing significant risks to the global economy into the next year due to complete unpredictability in price dynamics, with sudden swings expected; the price per barrel is expected to range between $20 and $80.

© CC BY 2.0 / Justin Vidamo / The Burning of the Sky
A Line in the Sand: OPEC Divided Amid Threat of Low Oil Prices in 2016
Kristian Rouz — The outlook for the energy market remains dreary: crude prices are expected to dip as low as $20/bbl in early 2016. However, the actual risk to both consumers and suppliers of oil is due to the absolute unpredictability of crude prices, even in the short-term. Market fundamentals support a rather bearish oil forecast, with oversupply still lingering and sluggish global growth hardly suggesting any pickup in demand. However, as there is currently a significant political risk to the oil market, the balance of supply and demand might shift overnight, sending shockwaves of financial turbulence across international markets. Any sudden appreciation of oil would do as much harm to the global economy as the persistently low price, and such developments are highly possible in the coming year.

Financial markets in most developed economies have thus far mostly adjusted to the mixed effects of cheap oil after crude prices plunged dramatically in late 2014. During the past year, the oil bust has eliminated some $1 trln in capital globally. Lower oil prices have increased the likelihood of defaults on corporate and, occasionally, public debt as the oil industry has attracted some $2 trln in debt since 2010. As debt repayment dates approach, many small cap shale oil companies stand on the verge of financial collapse, with the ‘junk bond' segment of the US energy sector widening. Big oil hardly feels any better, with formidable names such as Brazil's Petrobras, Russia's Rosneft and international giants like Exxon Mobile, BP and Total all struggling and cutting investments.

Cheap oil has triggered disinflation across the Eurozone and in China, while exacerbating disinflationary pressure in Japan and the US. Emerging markets were hit by net capital outflows this year for the first time since 1988, with Russia, Brazil and some countries in Southeast Asia and elsewhere suffering rapid devaluations.

However, even though the oil price has crashed by approximately 65% since mid-2014, from roughly $114/bbl to $40/bbl, investors are more worried about the unpredictability of oil price dynamics. It remains to be seen what will happen to oil prices. Albeit market fundamentals (such as global supply prevailing in volumes over global demand) and the economic slowdowns in mainland and Southeast Asia suggest more downward pressure on oil, the rise of political tension in the Middle East signals quite the opposite.

© Sputnik / Victor Filatov
Looming Oil Monopolization in US to Offset Iranian Risks to Crude Market
Indeed, the stunning appreciation of crude oil prices in the mid-2000s (from about $40/bbl in early 2003 to about $140/bbl in mid-2008) was largely due to US military involvement in Iraq, coupled with a rapid economic expansion in China. The current military operations in Syria have not yet affected any major oilfields or oil communications, but once a military escalation triggers a loss or disruption of the region's oil infrastructure, the crude price might change at once. Additionally, the current growth figures for certain emerging markets like India are beyond impressive; amounting to roughly 7.5% annualized expansion. An improvement in global demand might drive oil prices above $80/bbl. Coupled with the effects of possible military escalation in Iraq and Syria, the crude price might spike even higher.

However, for now, the energy sector worldwide is suffering from ever-increasing disinvestment, stirring hopes for a rebound in oil prices after some oil producers cease to exist and others eventually cut their output.

In petrodollar-dependent nations like Saudi Arabia, cheap oil has caused fiscal turmoil. Such nations suffer the consequences of the oil bust as if they were a big oil company within an advanced economy. For instance, Saudi Arabia's FX reserves are draining $120 bln at an annualized pace (currently, Saudi Arabia has roughly $650 bln in reserves).

"If the global economic expansion continues, as we expect, then rising investment demand will eventually expose the market consequences of ebbing petrodollar saving flows," Goldman Sachs wrote in a note to its clients.

All in all, the persistently low oil prices, coupled with a negative outlook, generally hurt many of the world's economies. Still, as wild swings in oil prices cannot be ruled out, capital movements are also unpredictable in a similar fashion. The only clear consequence of the rife volatility in the international trade is the looming regionalization of economic ties, with the global market falling apart, limited to only the highest-returning transactions.