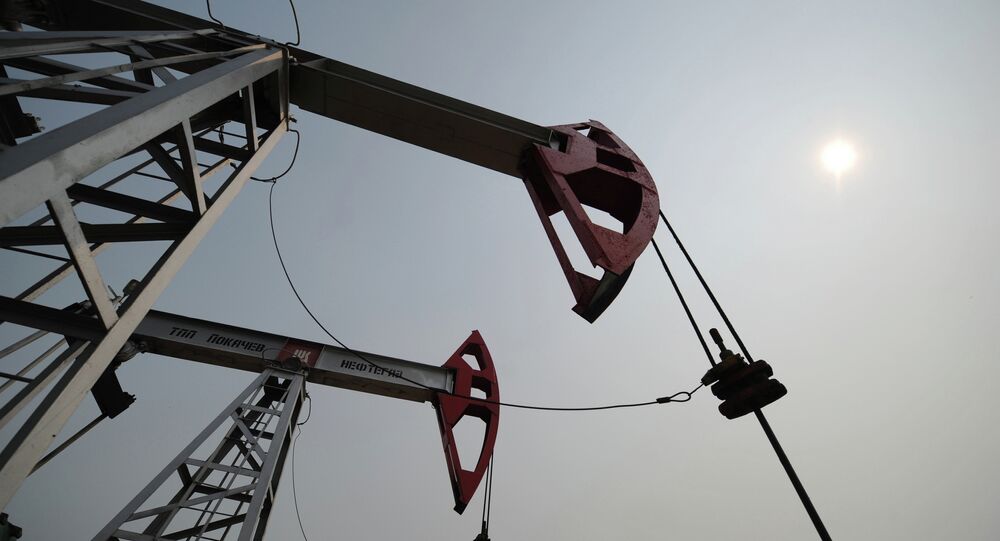 Crude oil prices continued to drop Monday, following Friday's decision by the Organization of the Petroleum Exporting Countries (OPEC) to maintain the cartel's production ceiling, with brent crude hitting the $42 per barrel mark for the first time since February 24, 2009.

© Flickr / alex.ch
OPEC Postpones Oil Production Quotas Decision Until 2016
MOSCOW (Sputnik) — Markets reacted to OPEC's decision to maintain output with a slump on Monday, with January futures for North Sea Brent Crude falling by 2.78 percent to $41.80 per barrel, and WTI crude falling by 3.55 percent to $38.55 as of 14:13 GMT. Prices dipped to $41.78 and $38.50 respectively earlier in the day.

OPEC's summit closed in Vienna on Friday, with no changes to its 30-million-barrel daily production quota. The organization's Secretary General Abdalla Salem Badri cited the uncertainty over Iran's expected output as a major factor preventing a decision from being taken. Iran is expected to ramp up its production once international sanctions are lifted from the country.