The president added that Turkish "biggest supplier is Russia for natural gas, and Iraq for crude oil. But, they are not the only ones."

During the speech, Erdogan claimed that Turkey suspended the Turkish Stream gas pipeline project over Moscow inconsistency with Ankara's demands long before the Su-24 downing.

On November 24, a Su-24 aircraft was brought down in Syria by an air-to-air missile fired from a Turkish F-16 fighter. According to Ankara, the missile was fired in response to a violation of Turkish airspace. The Russian General Staff and the Syrian Air Defense Command said that the Su-24 never crossed into Turkish airspace. 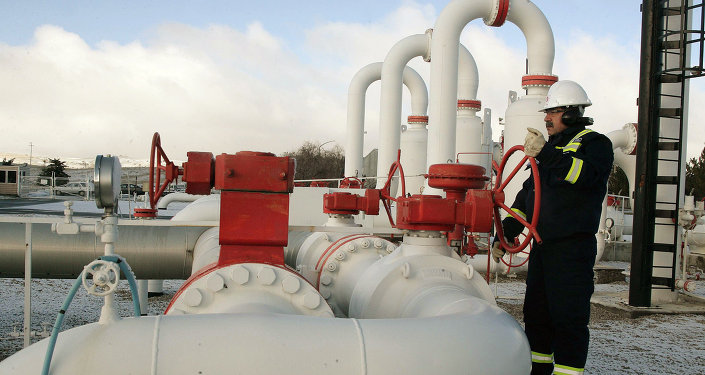 © AFP 2019 / ADEM ALTAN
Why TANAP Pipeline is Not an Alternative to Turkish Stream
On Tuesday, the Russian government imposed economic restrictions on Turkey. On Thursday, Russian Energy Minister Alexander Novak said that intergovernmental negotiations between Russia and Turkey on the Turkish Stream project had been suspended.