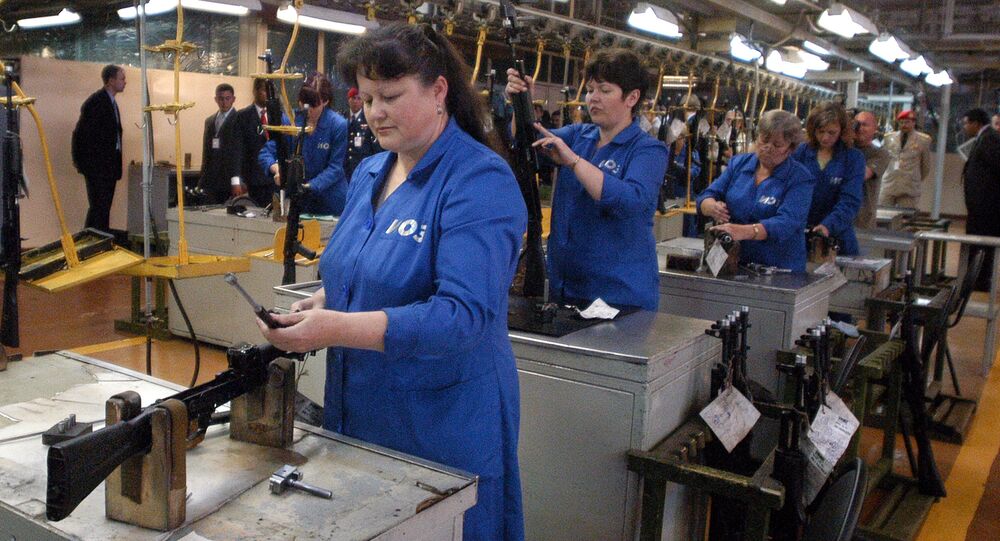 The construction of two plants for Russian arms manufacturer Kalashnikov Concern will be completed in Venezuela in 2016-2017, the Russian ambassador to the country said.

© Sputnik / Evgeny Biyatov
Russia’s Kalashnikov in Talks With India to Launch Joint Arms Concern
MEXICO CITY (Sputnik) – In 2005, Russia and Venezuela signed a deal for the construction of a Kalashnikov assembly factory and a munitions plant. Construction of the factories been repeatedly delayed.

"Certainly, the project has been rehabilitated, a new Russian contractor has been chosen, its representatives have already been here, they met the Venezuelans, the works will restart in the beginning of next year," Vladimir Zayemsky told RIA Novosti.

According to the official, one of the plants should be completed by the end of next year, while the construction of the other is scheduled to finish in late 2017. It was not specified as to whether the weapon or the ammunition factory would be completed first.

"In reality, everything is 70 percent complete, one factory will produce assault rifles, the other – ammunition for them," Zayemsky added.

The Kalashnikov Concern was created in 2013 in a merger of two Soviet-era plants, Izmash and Izhmekh, and became Russia’s largest producer of rifles and other small arms weaponry. The company exports its guns and other arms to 27 countries, including the United States, the United Kingdom, Germany, Norway, Italy, Canada, Kazakhstan and Thailand.

Slow-Mo Footage of Firing With a Kalashnikov