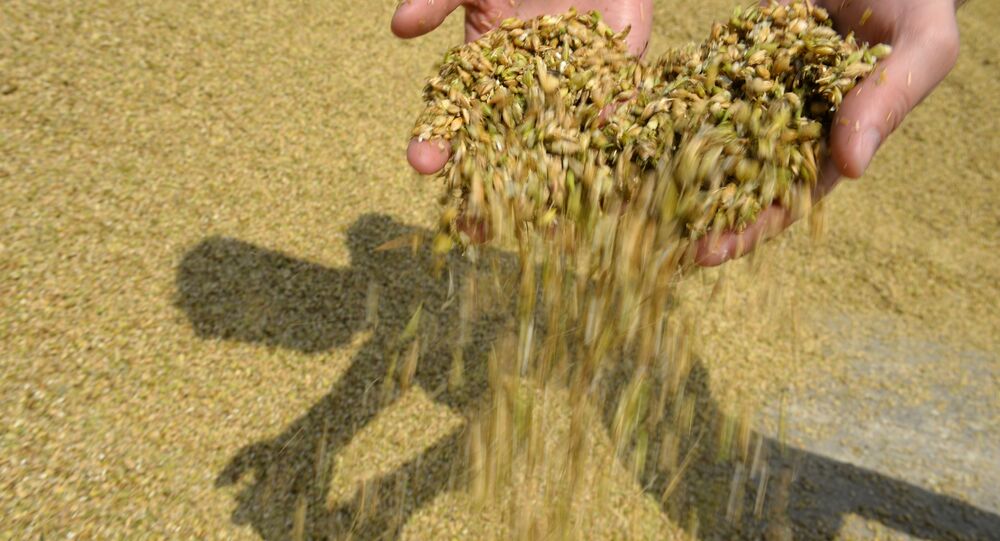 Enemy of My Enemy? Kiev Ready to Boost Food Supplies to Turkey

Ukraine is ready to at least double the supplies of grain, corn and oil to Turkey amid the economic restrictions rolled out by Russia.

"The Ukrainian agriculture sector is ready to become a guarantor of the Turkish food security. If the traditional partners of Turkey impose sanctions they would stop supplying grain," Pavlenko said on Facebook.

Pavlenko stated that Ukraine was ready to at least double the supplies of grain, corn and oil to Turkey.

"Turkey is a long-time and a reliable partner of Ukraine… therefore, Ukraine could replace Russia on the Turkish market," the minister wrote.

On November 24, a Russian Su-24 aircraft was downed by an air-to-air missile in Syria, fired from a Turkish F-16 fighter in response to an alleged violation of Turkish airspace, an accusation denied both by the Russian General Staff and the Syrian Air Defense Command.

On Saturday, Moscow rolled out a series of economic measures against Turkey.

Russian Deputy Prime Minister Arkady Dvorkovich said after the incident that discussions of Russia limiting its supplies of grain to Turkey were premature.