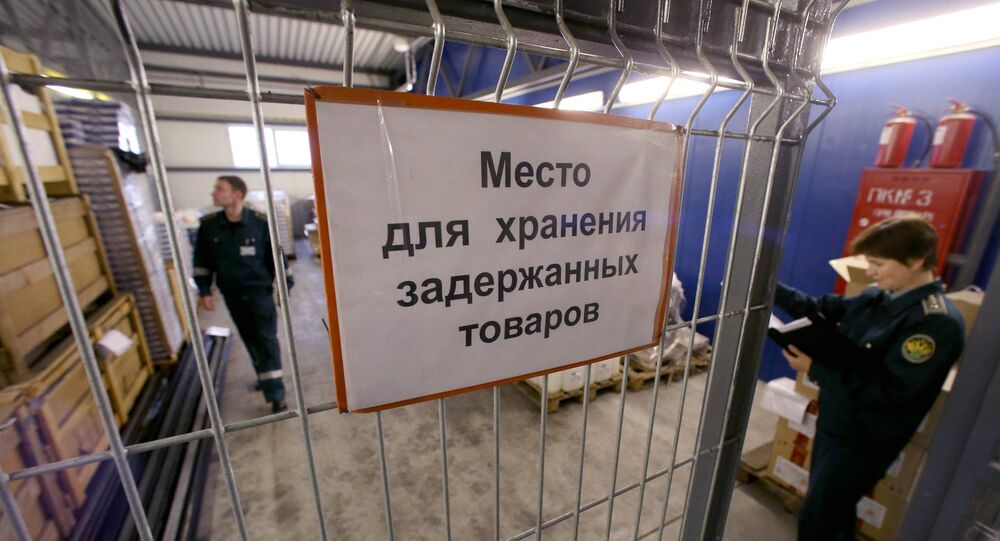 Moscow is worried about Ankara lowering the control in the veterinary sphere, as well as exporting plant products with fake Turkish certificates.

"There was a series of claims over Turkey. The security of the Turkish goods was… in a fluctuating position, we have warned them," Dankvert told RIA Novosti.

According to the official, Moscow was worried about Ankara lowering the control in the veterinary sphere, as well as exporting plant products with fake Turkish certificates.

"We detected channels of supplies with counterfeit certificates through Belarus… and were planning to shut down the import of goods with Turkish certificates, apart from two ports," the Rosselkhoznadzor head said.

The news come a day after Russian Minister of Agriculture Alexander Tkachev said that the Russian government had instructed Rosselkhoznadzor to tighten its control over the agricultural and food products imported from Turkey after repeated violations of Russian standards by Turkish producers.

© Sputnik / Konstantin Chalabov
Russia Will Strengthen Control Over Food Imports From Turkey
Relations between Moscow and Ankara have deteriorated after Turkey's downing of a Russian Su-24 on Tuesday. The plane was hit by an air-to-air missile launched by a Turkish F-16 jet over Syrian territory, falling 2.5 miles from the Turkish border.

Ankara claimed that it downed the Russian airplane because it violated Turkish airspace. Both the Russian General Staff and the Syrian Air Defense Command confirmed that the Su-24 never crossed into Turkish airspace and was shot down over Syrian territory.