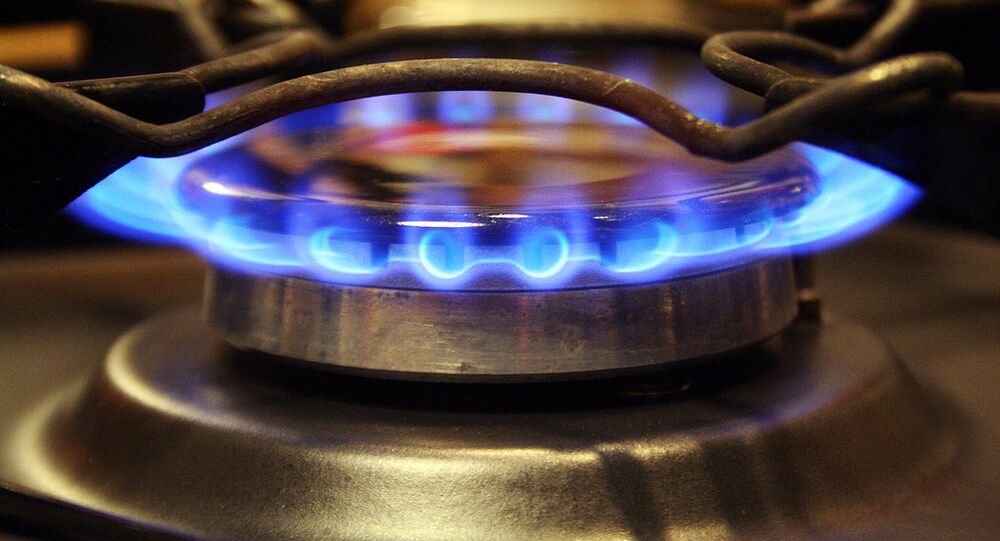 Ukraine has various options of buying gas from Europe and decided to halt purchases of Russian gas because European paths are more beneficial for it from the economic perspective, Andriy Kobolev, head of Ukraine’s national gas company Naftogaz, said.

MOSCOW (Sputnik) – The chief executive of Russia’s energy company Gazprom, Alexei Miller, announced a suspension of gas deliveries to Ukraine as of early Wednesday. The suspension will remain in place until the company receives a prepayment from Ukraine’s Naftogaz, he said.

"Now we have ability to buy our gas not only from Russian Federation but also from different EU directions," Kobolev told CNN, adding that at least one "US-origin" company is ready to be its supplier.

Kobolev stressed that Ukraine’s choice to halt Russian gas purchases was made out of "simple" economic reasons.

Asked whether there is a possibility of a gas crisis this winter, such as the ones in 2006 and 2009, when supplies to Europe were affected by tensions in Moscow-Kiev relations, Kobolev assured that the situation is different now.

"The market has changed dramatically, there are a lot of suppliers who would like to replace for example Gazprom if they try to repeat the gas crisis of 2009," the Naftogaz head said, adding that if it happens "it would be quite suicidal for this company."

According to Gazprom, Naftogaz owes it $256.5 million in arrears for gas delivered to southeastern Ukraine for 2015.

Moscow renewed gas deliveries to Ukraine after receiving $234 million in prepayment out of the agreed $500 from Naftogaz.

In September, Russia, Ukraine and the European Commission initialed a winter package deal for supplies during the peak consumption period between October 1, 2015 and March 31, 2016. It will ensure the delivery of 2 billion cubic meters of gas to Ukraine’s underground storage at discounted prices.

On Wednesday, Ukrainian Prime Minister Arseniy Yatsenyuk said that the Ukrainian government had instructed Naftogaz to halt all further purchases of Russian gas, because the prices offered by Ukraine’s European partners were lower than those of Russia.

Ukraine serves as a key transit route of Russian gas to Europe.

Russia May Stop Gas Supplies to Ukraine in Two Days

Iran to Export Gas to Europe, Asia After Sanctions End