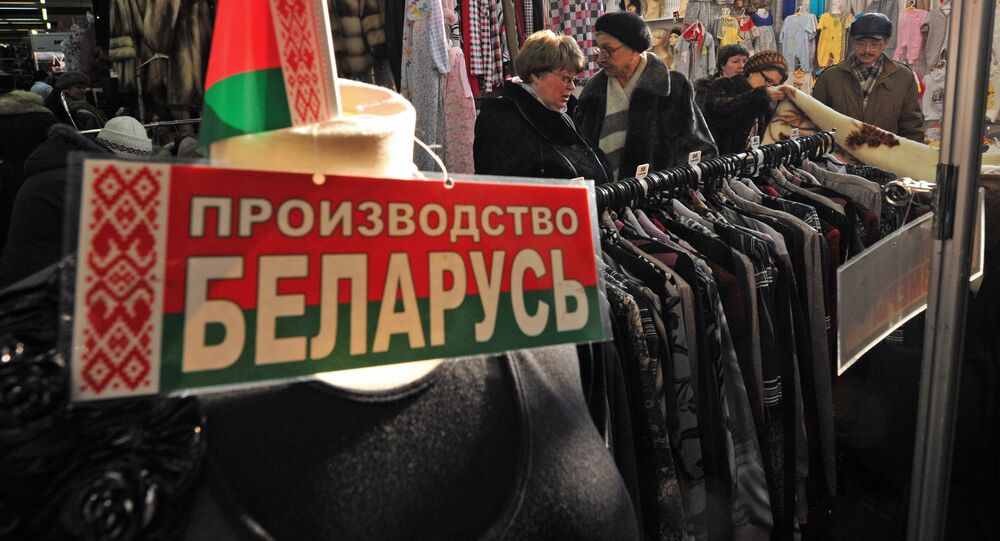 Belarusian Prime Minister Andrei Kobyakov said that, along with the socio-economic contacts, Belarus and the Leningrad Region are also moving closer on a personal level.

Both parties noted during the talks that to date the level of trade achieved following the signing of a cooperation agreement between Belarus and the Leningrad Region is higher than what Belarus has with  a number of partner countries. And, despite the exchange rate differences, the plan is to boost mutual trade to $700 million in the next three years, the regional government reported.

“We have agreed to aim for $700 million,” Mr Kobyakov said at the meeting.

The Belarusian Prime Minister stressed that, along with the socio-economic contacts, Belarus and the Leningrad Region are also moving  closer on a personal level, and this visit by a group of the regional officials  serves as a good reason to re-negotiate issues, identify potential goals and set off  on a “path of sustainable growth” in mutual trade.

© Sputnik / Alexei Danichev
Gatchina Development Project Wins Architectural Contest
He added that Belarus has good experience in the processing industry. “I think we could go further than the simple exchange of experience and actually set up joint ventures to process farming products. The Leningrad Region has a well-developed agricultural sector. Many of our farmers are interested in contacts in Belarus,” Kobyakov said.

“We are actively engaged in logging; the equipment offered by Belarusian manufacturers has a competitive edge compared to others in terms of their “price-quality” ratio, and the variety of products has certainly been a pleasant surprise,” Mr Drozdenko said in turn.

The programme of the Leningrad Region governor’s visit also includes attending the sixth session of the joint commission on cooperation between the Republic of Belarus and the Leningrad Region, a visit to the Amkodor holding company and Belarusian State Museum of the Great Patriotic War.