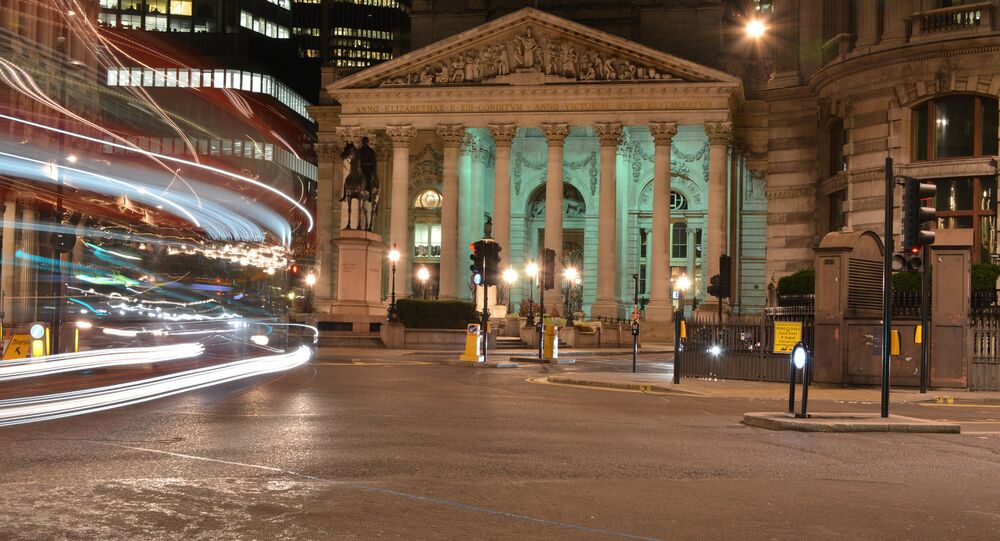 UK Finance Minister George Osborne will introduce his new austerity plan next week, suggesting the UK needs a better model of economic development, with a greater fiscal discipline and market-driven growth instead of the costly and inefficient debt-fueled government spending-driven economy of the past thirty years.

Kristian Rouz – It’s getting better economy-wise on the British Isles, and in the UK in particular. The five past years of struggle for higher government spending efficiency have proven fruitful, with economic expansion having accelerated above 2% this outgoing year.

However, as the Bank of England is preparing to raise borrowing costs following a similar move by the US Federal Reserve, the UK fiscal authorities are facing the necessity to further boost growth as more expensive credit would slash GDP performance. That means new cuts in government spending, and while such a scenario provides a massive stimulus to economic efficiency, it would trigger immediate negative consequences, impairing youth employment and lowering availability of state services.

© AFP 2021 / Stefan Wermuth
UK Calls for Cutting Off ISIL Finances, Severing Militants' Access to Oil
Finance Minister George Osborne is pushing for an even greater budget discipline again. This coming Wednesday he is expected to provide details on his plan to further decrease governmental spending, even though the UK austerity programme is already the toughest among advanced nations, according to the IMF data.

Osborne’s goal is a sustainable budget surplus, allowing the UK to jump off the debt-fueled growth model. Initiated in the early 1980s under the Thatcher cabinet, that model broke down in 2008 and, obviously, is not working properly any longer. Consequently, Osborne suggests only a budget surplus would allow the UK to avoid future complications to the economy.

The UK’s spending on cradle to grave services, schools and international aid would remain at its current levels, and military spending would be increased, according to leaks on Osborne’s new austerity plan. Consequently, greater spending cuts would affect local councils, supervising services like libraries and museums.

"We are always trying to rationalise. But we have to do it at pace now, and when you do it at pace, you can make mistakes”, Kevin Bonavia of the opposition Labour Party said.

Further cuts are likely to leave more garbage in the streets of the UK towns as trash bins would not be emptied as often as now, the availability of social care would also suffer. Overall, further cuts would impair the quality of life for the working and lower-middle classes.

Prime Minister David Cameron was recently accused of hypocrisy in relation to austerity measures. In early November Cameron expressed frustration that libraries and museums are being cut in Oxfordshire where the PM has a home. “He takes no responsibility for his own policies,” George Monbiot of the Guardian wrote following Cameron’s complaints as it was his cabinet that adopted initial spending cuts several years ago.

© Flickr / Images Money
UK Economy Slows to 0.5% in Q3 as Manufacturing Tumbles
This time, even the police and judiciary system budgets will be decreased. According to public sector workers’ union data, the police budget has been cut by approximately 27% since 2010, with regional PD’s having to lay off personnel.

Osborne, on his part, reiterated that Britain has to learn to work more efficiently, successfully doing more tasks with fewer resources. He also said that crime rates in the UK dropped by over 25% since 2010, meaning the greater efficiency of the nation’s police, thus urging other public sector workers to follow their example.

Osborne is also willing to cut welfare spending. His initial plan to wrap up tax credits for the poor met stiff opposition in Parliament’s upper house, but the FM is still adamant to decrease the amount of money the government is giving out to fight inequality. The anticipated growth in the amount of jobs should make up for lesser social benefits, Osborne suggests.

Osborne’s plan has already come under fire. The new austerity measures are generally dubbed as ‘unnecessary’ as the economic situation is improving, meaning the voters don’t quite understand why they should suffer inferior state services.

"It's more complex now," Katharine Peacock of the polling company ComRes said. "Do the public understand when George Osborne is saying on one hand, there are green shoots in the economy and things are improving — but we still have to cut? It's more challenging to argue that now."

Nonetheless, the new austerity measures are likely to be implemented as there is a strong public support for budget discipline in the UK. However, the scale of the new austerity might be significantly rolled back from Osborne’s initial proposals.