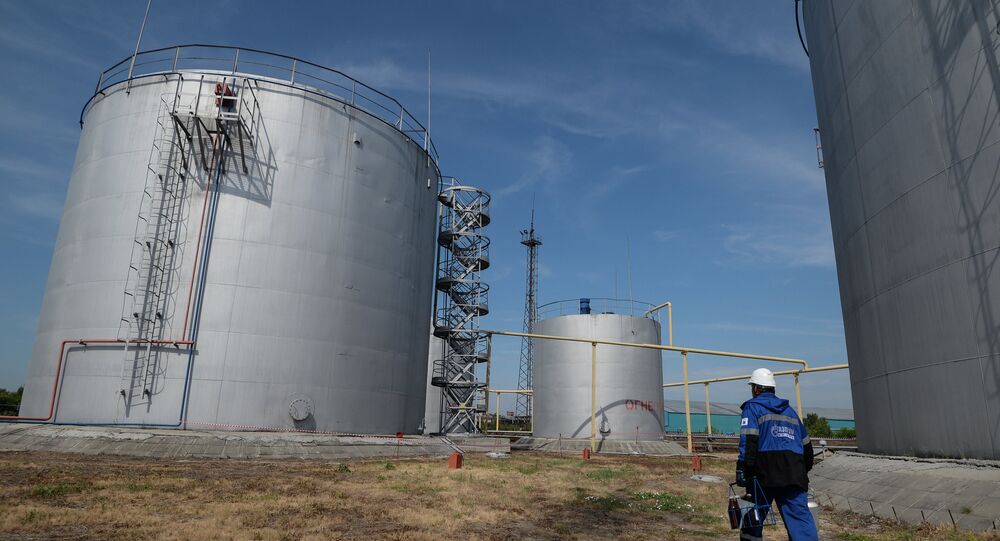 “GPN's 'BBB-' rating reflects the company's strong business profile with growing upstream production and strong downstream operations, and low volatility of earnings compared with international peers due to progressive taxation and flexibility of the ruble exchange rate,” the release said.

The rating agency said GPN’s rating and outlook are capped by those of Russia and the Public Joint Stock Company Gazprom, which have also been affirmed at ‘BBB-‘ with the negative outlook.

© Flickr / Gerry Lauzon
Fitch Ratings Agency Downgrades Volkswagen to BBB+ With Negative Outlook
Fitch noted that if the sanctions imposed on Russia by the West are not removed, they may affect the company in the long term. However, Fitch added that the sanctions have had no immediate impact on the GPN's creditworthiness.

The credit rating agency downgraded Russia's measure of credit risk from 'BBB' down a notch at the start of 2015, and did the same for 30 Russian and Russian-owned financial institutions the following week.

Fitch cited falling oil prices, the depreciation of the ruble as well as the effects of the recession on Russia’s financial sector as reasons behind issuing a negative outlook for the country.