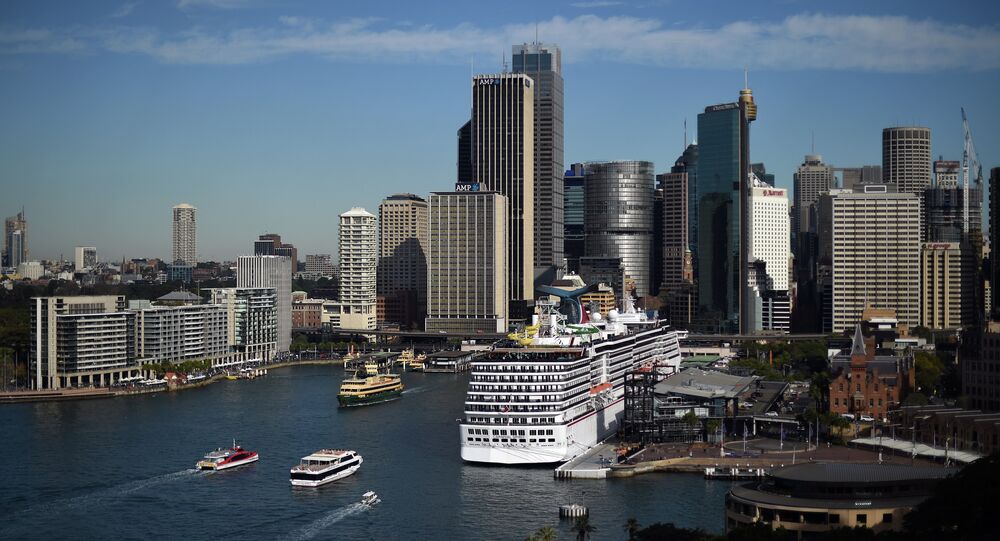 MOSCOW (Sputnik) – The hotly-debated trade deal brings together nearly 40 percent of the global economy through deregulated trade, led by the United States, Canada, Japan, Australia and eight other Pacific Rim nations. National parliaments are expected to vote on whether to ratify the deal early to mid-2016.

“Australia…would warmly welcome any proposal by Indonesia to join the Trans-Pacific Partnership,” The Guardian cited Turnbull as saying at an impromptu press conference in Jakarta alongside Indonesian President Joko Widodo.

© AFP 2021 / SAUL LOEB
Trump's Nightmare: China May Affect 'Horrible TPP Through Back Door'
Turnbull is on a visit to Indonesia to reset diplomatic and economic relations that had become strained under former Australian leader Tony Abbott.

Documents leaked by ex-NSA contractor Edward Snowden in mid-2013 showed Australian intelligence services spying on then-president of Indonesia, Susilo Bambang Yudhoyono, and his wife. The revelations led Jakarta to suspend military and law enforcement cooperation with Canberra, including in the field of anti-illegal immigration.

The controversial TPP trade deal has faced intense opposition, including over the secretive nature of five-year negotiations, workers’ rights, sovereignty and environmental concerns.