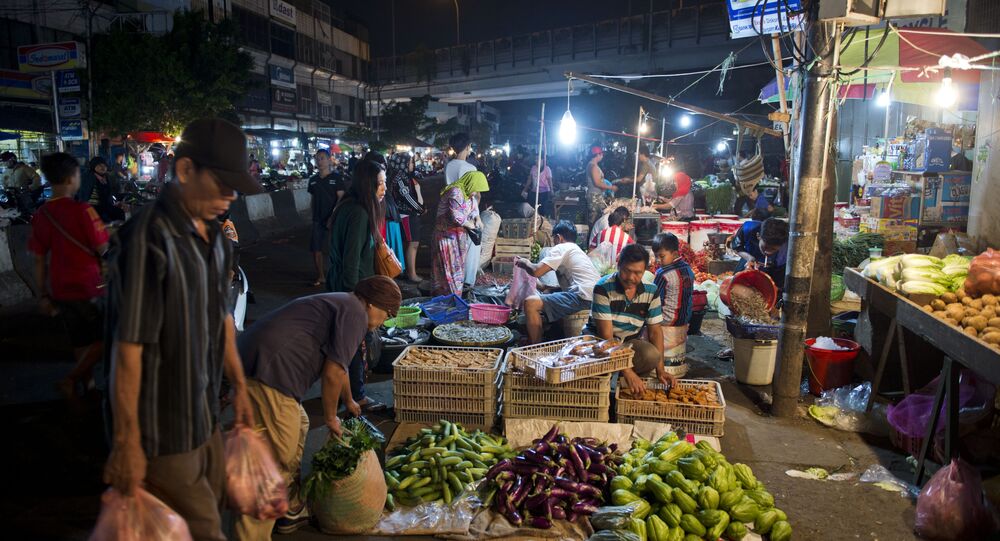 Russia and Indonesia could increase trade by $10 billion within the next two or three years, Russia's trade representative to Indonesia said.

MOSCOW (Sputnik) — A Russian and Indonesian Intergovernmental Commission set a goal during a session in April to realize $5 billion in trade between the countries by the end of 2015.

"I suppose that we will manage to bring the bilateral trade volume even to $10 billion in the next two or three years. We are aiming at high figures of the trade turnover," Sergei Rossomakhov told RIA Novosti in an interview.

According to the trade representative, a joint railroad construction project to transport coal for energy use in the Indonesian province of East Kalimantan will contribute to an increase in trade.

A Russian business delegation is scheduled to visit Indonesia in late November or early December. Possible aerospace technology, shipbuilding, and mining projects are likely to be presented during the visit.