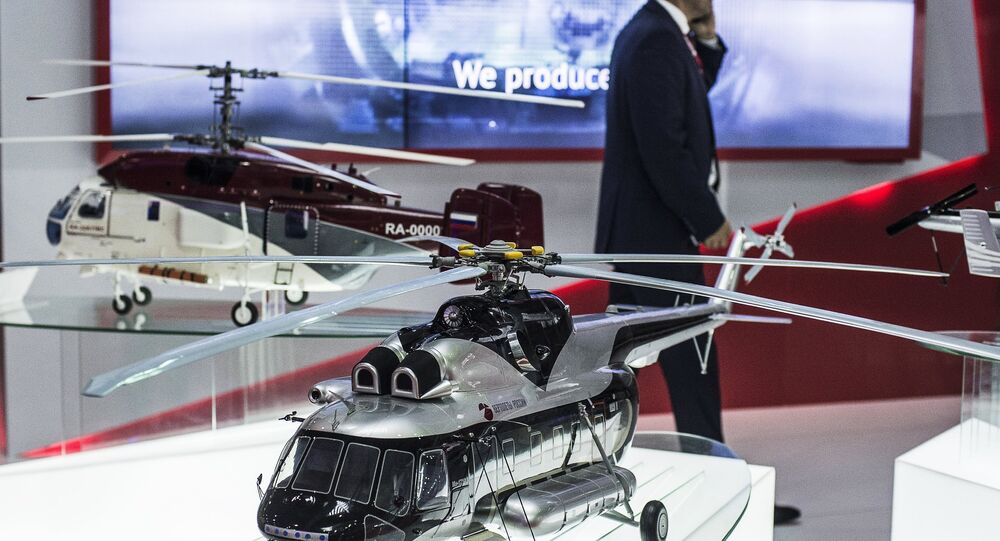 Russian Helicopters, a subsidiary of the Russian state technology company Rostec, will supply India with the last 3 Mi-17V-5.

"The implementation of the contract continues. In the near future, the last three helicopters will be shipped to the foreign customer," Alexander Shcherbinin told RIA Novosti during the Dubai Airshow-2015.

Between 2012 and 2015, Russia delivered to India 148 Mi-17V-5s out of 151 stipulated by the contract, the company’s spokeswoman Ekaterina Pavlova stated in August.

It is planned that the deal would be completely implemented by year-end.

© Sputnik / Kirill Kallinikov
Russia's Mi-35 Combat Helicopter Proves a Hit at Dubai Airshow
The Mi-17V-5 helicopter is the latest model in Russia's Mi-8/17 helicopter family. Designed for personnel transport, as well as for carrying cargo internally or on an external sling, it can be used in search and rescue operations, and be equipped with weapons.

Mi-17s have been used in India since the government canceled an order for Italian helicopters amid corruption scandals involving Italian businessmen and Indian intermediaries.