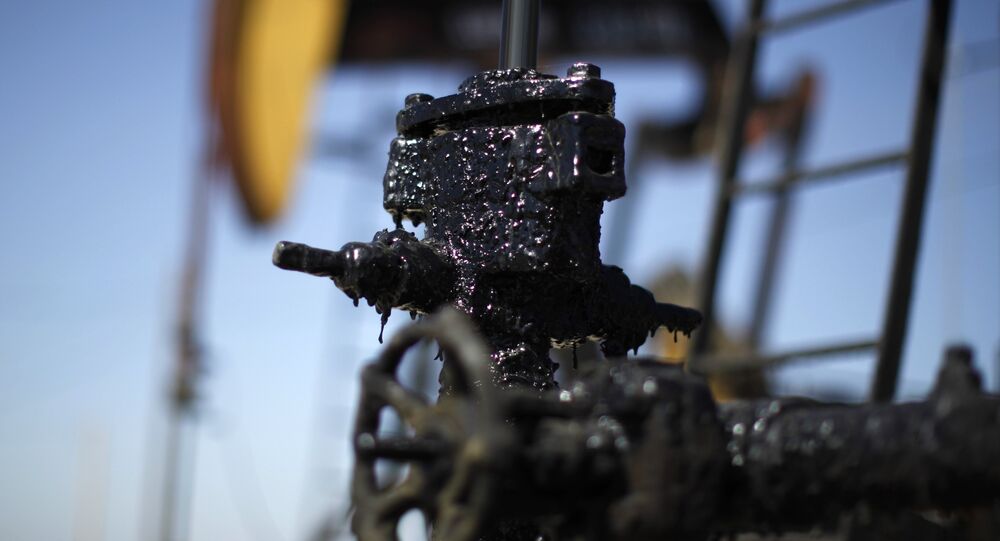 Gulf Cooperation Council (GCC) states’ oil revenues are expected to be lower in 2015 by about $275 billion than in 2014 because of the sharp decline in global oil prices, International Monetary Fund's (IMF) Managing Director Christine Lagarde said Sunday.

© Flickr / Crazy Diamond
Gulf States to Run 'Out of Cash' if Oil Prices Remain Same as Their Currencies Are Linked to US Dollar
WASHINGTON (Sputnik) — Earlier in the day, Lagarde visited Qatar to attend the meeting of the financial and economic cooperation committee of the GCC.

“With oil prices having declined sharply since mid-2014, export revenues are expected to be nearly $275 billion lower in 2015 than in 2014. The fiscal and current account balances in the region are deteriorating sharply, with the fiscal balance projected by the IMF to be in a deficit of 12.7 percent of GDP in 2015,” Lagarde said.

She added that despite the fact that oil-rich countries of the Gulf have created significant savings they should implement several financial measures, including control of current spending, expansion of non-oil tax revenues and a review of capital expenditures to carry out necessary fiscal adjustment.

Global oil prices have halved compared to the summer of 2014 levels, when the price of Brent crude stood at about $115 per barrel. At present, oil prices are hovering around $50 per barrel.

US Uses Oil as a Political Weapon - German Newspaper