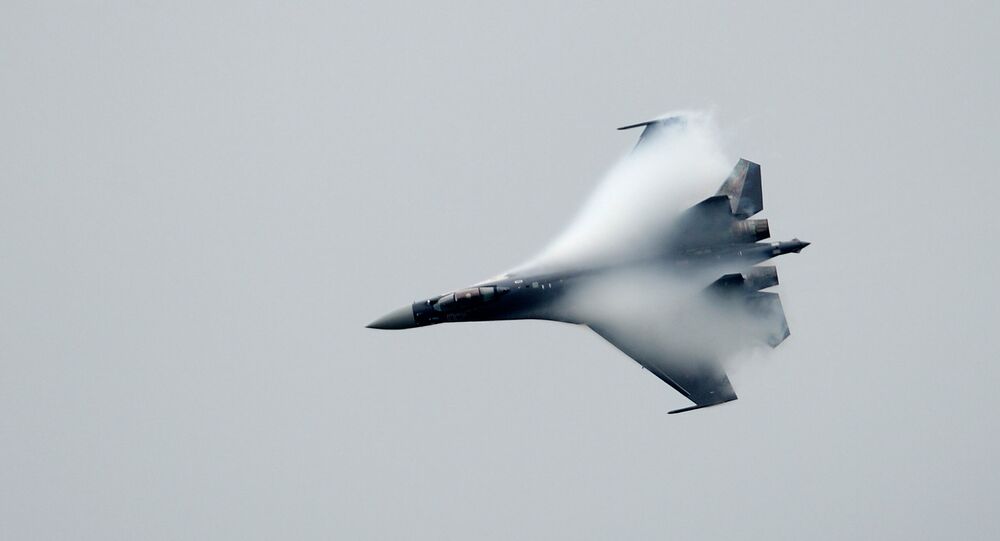 © Flickr / Pavel Vanka
Indonesia to Buy 4 Russian Amphibious Be-200 Aircrafts
DUBAI (Sputnik) – Jakarta has discussed the purchase of Su-35s to replace country’s US-made Northrop F-5 Tiger II fighter jets for months. In September, Indonesian Defense Minister Ryamizard Ryacudu said that the purchase decision was made. However soon after that, the Indonesian Defense Ministry officials denied that this decision was final and Indonesia was engaged in direct negotiations with Russia on the matter.

"Indonesia decided on its choice, what next – we will see," Viktor Kladov told RIA Novosti, answering a question about the progress of negotiations on the delivery of Su-35 to Jakarta.

He added that Indonesia is interested not only in the purchase of the aircraft, but also in the construction of service facilities for them on its territory.

The Su-35 fighter (NATO reporting name Flanker-E) jet is an upgraded version of the Su-27 multirole fighter. It was first introduced to a foreign audience at the 2013 Paris Air Show.