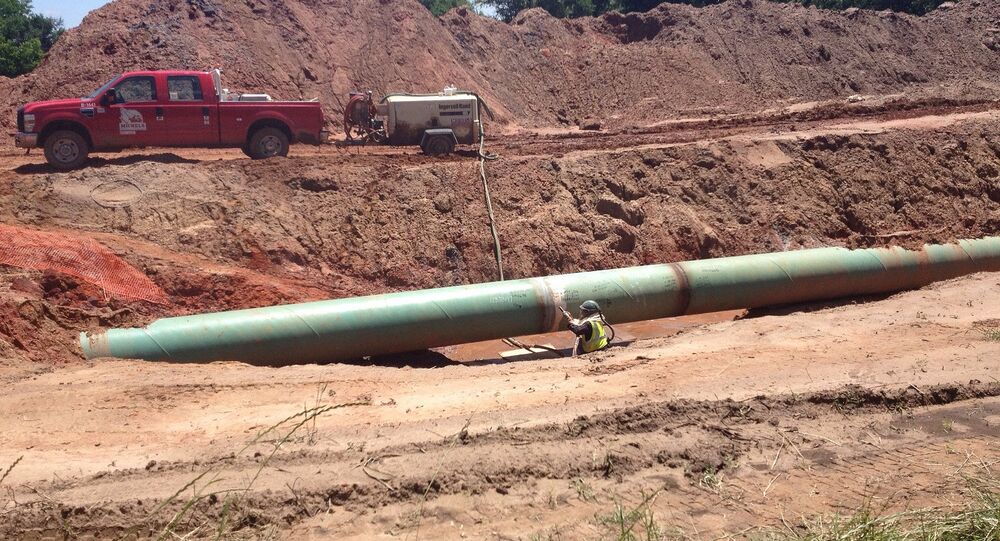 TransCanada President and CEO Russ Gurling said that Obama’s decision to deny an application to build the Keystone XL pipeline was a triumph of symbolism and expediency over evidence.

WASHINGTON (Sputnik) — President Barack Obama’s decision to deny an application to build the Keystone XL pipeline was a triumph of symbolism and expediency over evidence, TransCanada President and CEO Russ Gurling said in a statement on Friday.

“We are disappointed with the President's decision to deny the Keystone XL (KXL) application,” Gurling stated. “Today, misplaced symbolism was chosen over merit and science — rhetoric won out over reason.”

Gurling pointed out that TransCanada is now considering all options, including filing a new application for a presidential permit following Obama’s decision.

© Flickr / tarsandsaction
Keystone XL Shut Down Thanks to Grassroots Environmental Activism
“TransCanada is reviewing the decision and its rationale. We believe KXL is in the best interest of the United States and Canada,” Gurling noted.

The United States, he explained, consumes daily more than seven million barrels more oil than it produces, and will continue to do so for decades, despite increases in US oil production.

“It is disappointing the administration appears to have said yes to more oil imports from Iran and Venezuela over oil from Canada, the United States' strongest ally and trading partner, a country with rule of law and values consistent with the US,” Gurling added.

Obama’s decision dealt a damaging blow to jobs, the economy and the environment on both sides of the US-Canadian border, Gurling concluded.

Trudeau Hopes for ‘Fresh Start’ With Obama After Keystone Rejection