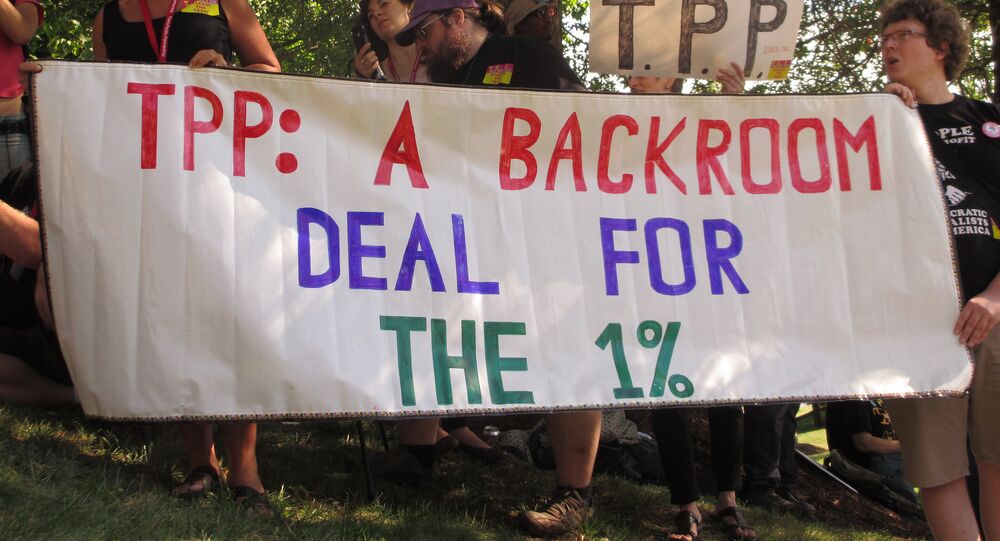 Members of the Trans-Pacific Partnership (TPP) free trade agreement have committed to refrain from currency wars, according to a joint declaration released by the US Treasury on Thursday.

WASHINGTON (Sputnik) — On October 5, the 12 countries of the Pacific Rim region reached an agreement on the wording and subject matter of the TPP free trade deal, intended to deregulate trade among the signatories which together make up 40 percent of the world economy.

© Flickr / Stop FastTrack
US Invites Russia and China to Join TPP Deal - Kerry
The full text of the TPP deal was released earlier on Thursday.

The joint declarations revealed that TPP members have committed to publicly report their foreign-exchange intervention and foreign reserves data.

"Officials from all TPP countries will consult regularly to address macroeconomic issues, including to engage on efforts to avoid unfair currency practices," the declaration explained.