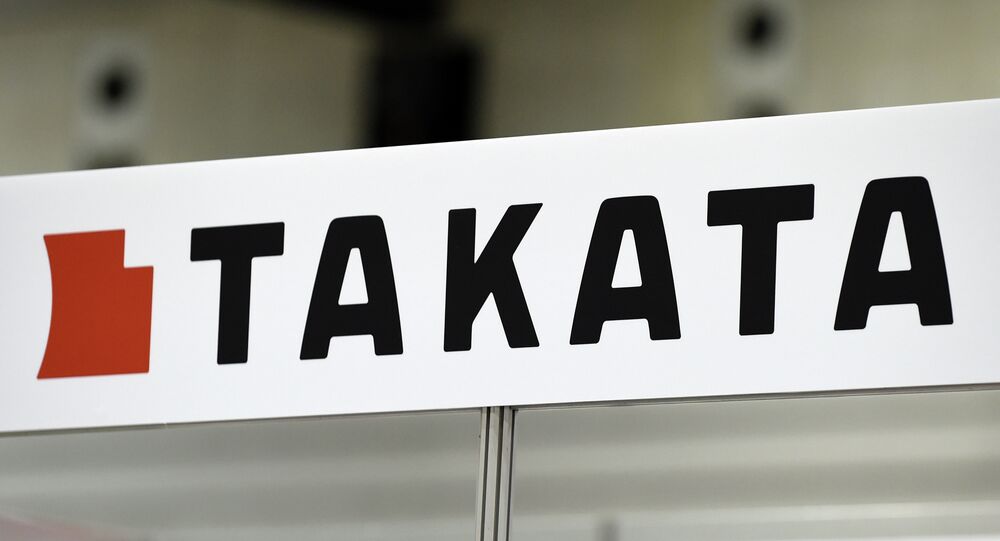 US Transportation Secretary Anthony Foxx said that the US government has fined the Japanese auto parts company Takata up to $200 million in the stiffest civil punishment ever imposed on the auto industry for making millions of faulty airbags.

© AFP 2021 / Toru YAMANAKA
Japanese Company Takata to Recall 34Mln Defective Airbags
WASHINGTON (Sputnik) — The US government has fined the Japanese auto parts company Takata up to $200 million in the stiffest civil punishment ever imposed on the auto industry for making millions of faulty airbags, US Transportation Secretary Anthony Foxx said in a release.

"Takata has built and sold defective products, refused to acknowledge the defect, and failed to provide full information to NHTSA [National Highway Traffic Safety Administration], its customers, or the public," Foxx stated on Tuesday. "The result of that… denial has… caused the largest, most complex safety recall in history."

The Transportation Department said the new consent order fines Takata $200 million and mandates the company phase out the manufacture and sale of inflators that utilized phase-stabilized ammonium nitrate propellant, believe to be responsible for the explosive element in their airbags.

"Today, we are holding Takata responsible for its failures," NHTSA Administrator Mark Rosekind said. "We are accelerating Takata recalls to get safe air bags into American vehicles more quickly… and addressing the long-term risk of Takata’s use of a suspect propellant."

On May 19, 2015, Takata agreed to recall 34 million of their defective air bags that have been blamed for at least six deaths around the United States.

The fine follows a recent pattern of unprecedentedly tough US financial penalties on major US and international auto manufacturers for serious safety violations.

In January 1970, Honda had to pay a $70 million penalty after failing to report hundreds of death and injury claims to the US government.

In 2014, General Motors paid the US government $35million after failing to reveal a defective ignition switch quickly enough to regulators.

In July 2015, Fiat Chrysler settled for $105 million with the US government after it failed to complete 23 safety recalls for more than 11million vehicles.

101 Stupid Things You Can Do With an Airbag

Chrysler to Replace Airbag Inflators in Over 140,000 Trucks