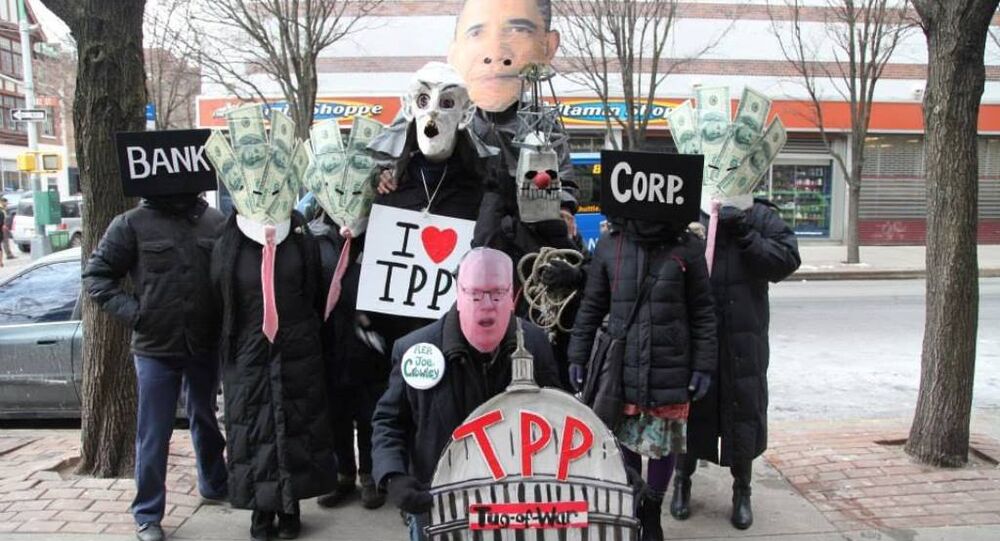 US Invites Russia and China to Join TPP Deal - Kerry

The United States invites Russia and China to become part of the Trans-Pacific Partnership (TPP) free trade agreement if they are open for cooperation, US State Secretary John Kerry said Monday.

© Flickr / GlobalTradeWatch
'Extremely Negative Factor': Moscow Concerned Over Secrecy of TPP Agreement
MOSCOW (Sputnik) – Countries all over the world, including Russia and China, are welcome to join various US-proposed initiatives, such as the Trans-Pacific Partnership deal, Kerry stated in an interview with Mir TV channel.

The only precondition for them to join the trade pact is consent to raise standards and live in accordance with them, protecting people and working openly, transparently and responsibly, the US diplomat stressed.

The parties to the agreement are the United States, Australia, Brunei, Canada, Chile, Japan, Malaysia, Mexico, New Zealand, Peru, Singapore, and Vietnam, which together account for 40 percent of international trade.