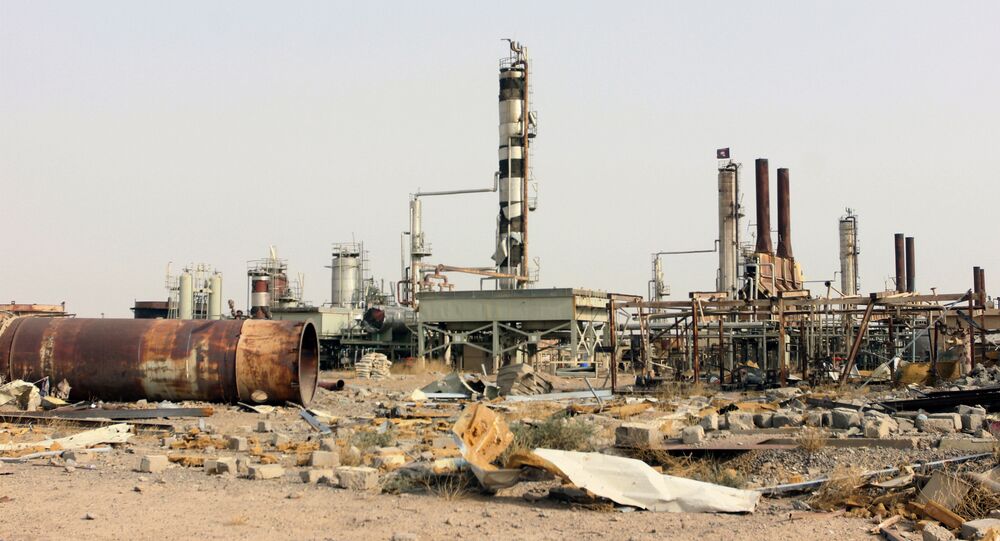 According to Iraqi Oil Ministry, Islamic State actions in Iraq have caused serious harm to Iraqi oil industry stripping the country of up to 400,000 barrels of oil daily.

"The army and security forces managed to drive the IS out of the Saladin Governorate. At the moment, terrorist groups are controlling only a small amount of developed oilfields in the Nineveh Governorate," Jihad said, adding that IS had other sources of financing apart from oil.

The spokesman said IS was unable to develop oilfields in the Nineveh Governorate as it required technical experience.

According to Jihad, the militant group caused Iraq to lose billions of dollars by selling oil abroad at low prices on the black market.

Jihad stressed that the Islamic State militants steal oil from captured Iraqi oil fields and sell it at low prices abroad. He also warned that those who buy stolen oil from ISIL would face criminal charges on international level.

IS has been reliant on funds raised from selling crude originating in oil-rich Iraq. Last year, they captured the country's largest oil refinery in Baiji. The Iraqi military reportedly retook the facility earlier in October.

In February, the Pentagon claimed that oil was no longer the main source of IS funds. US officials said that Islamists were now more likely to rely on donations and a "black market program."