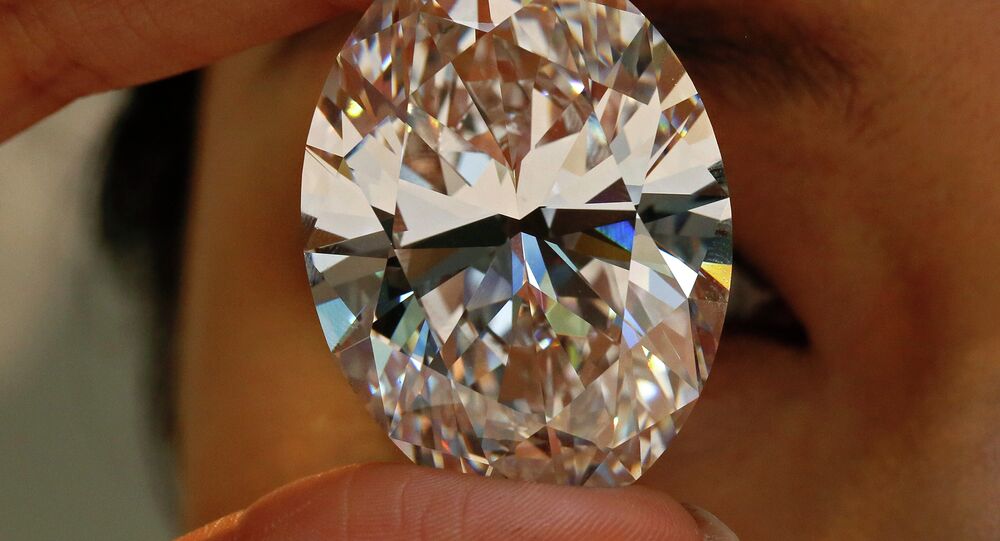 De Beers, one of the world's top sellers of diamonds, appears to be running out of the precious stones, as indicated by reduced production; at the same time, prices are falling.

London-based De Beers is looking for a new diamond deposit in Botswana's Kalahari Desert as its supplies become exhausted, the Wall Street Journal reported on Friday.

Analysts from McKinsey & Co., a top multinational consulting firm, project that diamond production will reduce after 2017 unless new discoveries are made, according to the newspaper. The precious stones are among Africa's most valuable commodities; they are even harvested in war zones, where 'blood diamonds' have been used to fund conflicts. However, demand for the gemstones has fallen in recent years.

"If you look on a long-term basis, the deposits are not being found. The rock that hosts diamonds is very rare," mining analyst Phil Swinfen told WSJ.

© AFP 2021 / TIMOTHY A. CLARY
US Imposes Sanctions on Belgium-Based Diamond Companies
At the same time, diamond prices are falling a a result of decreased demand. Diamond prices fell six to eight percent in the first half of 2015, even though De Beers' production fell 27 percent over the past year and De Beers' sales in the third quarter fell 59 percent compared to 2014.

As a result, De Beers' diamond production has fallen, although its competitor, Russia's Alrosa says that it has enough reserves to continue production for another 17 years.

Russia is on Course to Global Platinum Domination