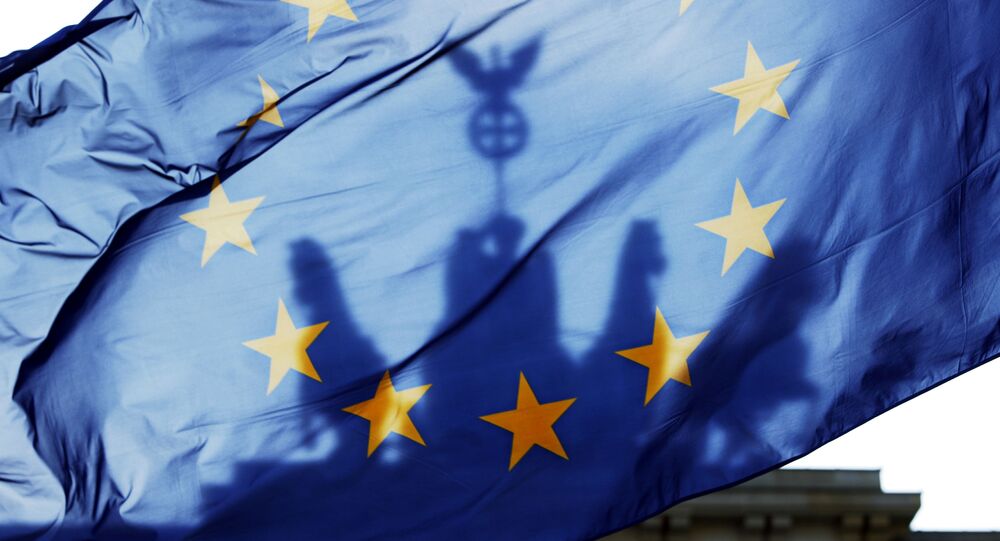 Yields on most prominent Eurozone debt securities dropped into the negative after the ECB decided to leave monetary stimulus unchanged, whilst the bloc’s economy posted an unexpectedly robust expansion in October.

Kristian Rouz — Eurozone's Purchasing Managers' Index (PMI) suddenly rose in October, exceeding previous forecasts and pushing yields on German sovereign bonds and Italian and Spanish two-year bonds into negative territory. German two-year bonds are at their historically lowest yield. All of this means that most of the Eurozone's creditors will now have to pay for the right to hold debt securities issued by the EU's largest economies. Although there are rife expectations of a slowdown in the Eurozone, signaled by a drop in German manufacturing, yesterday's monetary policy decision by the European Central Bank (ECB) left the existing stimulus measures unchanged, only hinting at a possible increase in volumes of bond buybacks. For now, the situation is more optimistic than one could have expected.

© REUTERS / Alkis Konstantinidis
More Demands on Athens: Hollande Calls for Greek Bailout Re-Negotiations
According to a Markit Economics' report, the Eurozone's combined PMI for manufacturing and services unexpectedly rose in October to 54.5 from 54.1 a month ago. Activity in the bloc's services sector advanced to a seven-month high, while manufacturing slowed somewhat: Eurozone's industrial PMI dropped to 51.6 from 52.3 in September.

Readings above 50 indicate expansion, whilst those below are a sign of contraction.

The main drag on the Eurozone's manufacturing was a decline in new orders for German manufactured goods from the markets in mainland China and Russia. German industrial enterprises should be concerned as a massive slowdown in emerging markets now threatens to spread to advanced nations, with Germany far from willing to become the point of entry. Also, the manufactured goods inventories in Germany grew amidst the shrinking overseas demand, suggesting the pace of German industrial output might slow as a weak inflation in the Eurozone provides little to no support from the domestic market.

Meanwhile, in France the situation looks brighter as the nation continued in October to rebound from its recent recession. The composite PMI here rose to 52.3 from September's 51.9, advancing further above 50.

Before the upbeat figures were published, the European Central Bank's (ECB) president Mario Draghi and the regulator's executive board had decided to leave the current volume of stimulus buybacks of debt at its current level. The decision turned out to be feasible, however, low inflation is still a concern, in order to address which Draghi promised to possibly add stimulus at an ad hoc basis.

© AFP 2021 / ARIS MESSINIS
Simmering Row Leads to Power Struggle in Eurozone
All the factors combined, the Eurozone's most important debt securities appreciated sharply, driving yields on most bonds into the negative territory, extending the amount of negative-yielding debt by another $190 bln.

The Eurozone's creditors will now pay if they opt to hold their bonds. No massive selloffs have been noticed thus far, meaning the reputation of the Eurozone's debt is worth more than income from bond yields.

Yield on German sovereign debt will now remain negative for about six years, whilst the less-respected Italian and Spanish two-year securities dipped into negative-yield territory. The total value of negative-yielding Eurozone debt (including the French, Dutch, Austrian, Belgian, Finnish, Irish and Luxembourgian bonds aside from the aforementioned) stands at $1.57 trln, about 25% of the debt's entire value.

This is extraordinary news to the market, also indicating the deposit rate might be cut further, making it even less profitable to hold the money in the Eurozone.

The negative-yielding bonds are not eligible for the $1.1 trln worth ECB's stimulus buyback programme, meaning from now on the regulator will concentrate on buying bonds of those Eurozone nations whose debt fares worse. Good news for the European periphery, which are now expecting an influx of money to their markets.

Amidst the ongoing financial consolidation and economic acceleration, the Eurozone's next step would be eradicating disinflation by adding stimulus here and there. A side effect of such measures could be that certain areas of the bloc's market might overheat. The ECB has gotten a hot winter ahead, fighting to stave off possible stock market bubbles, whilst struggling to spur the prices index.