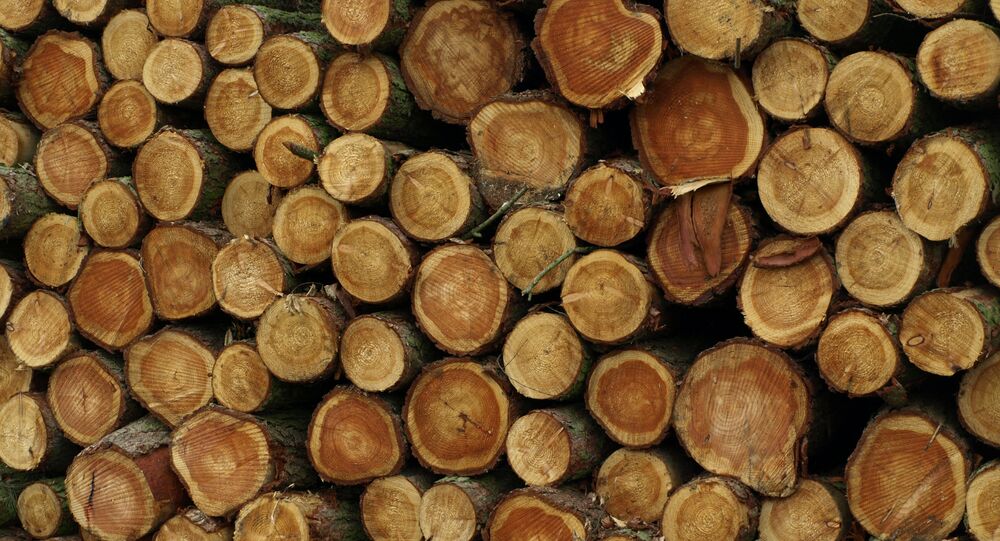 The largest specialty retailer of hardwood flooring in the United States, has been fined $10 million for illegal timber imports from the Russian Far East.

KHABAROVSK (Sputnik) – Lumber Liquidators, the largest specialty retailer of hardwood flooring in the United States, has been fined $10 million for illegal timber imports from the Russian Far East, the World Wide Fund for Nature (WWF) reports.

The US company concealed the Russian origin of more than 2,000 cubic meters of hardwood flooring in 2011-2013, a statement released on the official website of the WWF Amur office on Wednesday says.

© Flickr / Chris H
Norwegian Wood? Hot Dogs and Ice Cream to Be Made From Trees
In addition, Lumber Liquidators repeatedly used the same forestry permit, which allowed only for the cutting of 373 cubic meters of oak, to cut down about 2,500 cubic meters of wood in 2013.

According to WWF, Lumber Liquidators has admitted its unlawful action.

In addition to paying $10 million in damages, the company will be required to establish a strict system of risk assessment in all of its supply chains.

"Despite the fact that the fine is quite substantial and the risk to the reputation could be even more significant for such major financial companies, it could take a lot of time for this case to serve as an example for other market participants," Evgeny Lepeshkin, head of the forest program at WWF's Amur office said as quoted in the Wednesday release.

Lepeshkin did not exclude that the law violation committed by Lumber Liquidators and the subsequent punishment could lead to other companies resorting to more intricate ways of concealing their unlawful action.