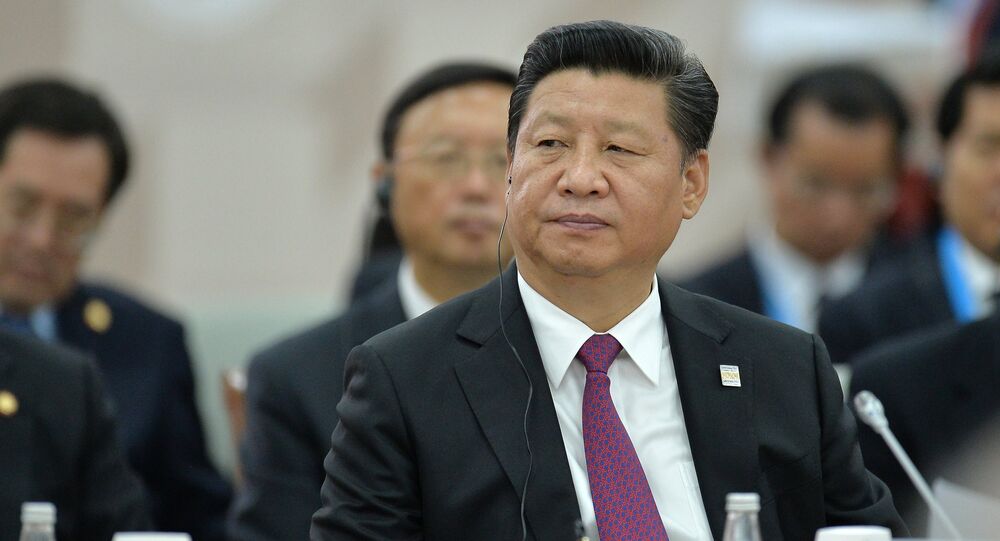 Chinese President Xi Jinping’s first visit to the United Kingdom in a decade ushers in a "golden age" of bilateral relations with a number of anticipated contracts, former British ambassador to Russia told Sputnik on Tuesday.

© Sputnik / Sergey Guneev
Chinese Leader Arrives in London for Official Visit - Reports
MOSCOW (Sputnik) – "There’s lots of enthusiasm in government to build up the relationship and to have a close and strong relationship with China," Tony Brenton said, evoking Prime Minister David Cameron calling the visit a "new golden age."

Brenton, who served as Britain’s envoy to Moscow in 2004-2008 and is an adviser to Lloyd’s insurance market, said he expected "big announcements" during Xi’s visit four-day stay.

"The City, a major financial center, wants to become a center for trading in the Renminbi [Chinese official currency colloquially known as the yuan] in Europe and in the world," Brenton said.

China is boosting efforts to internationalize its currency in an effort to join the International Monetary Fund’s (IMF) Special Drawing Rights (SDR) basket.