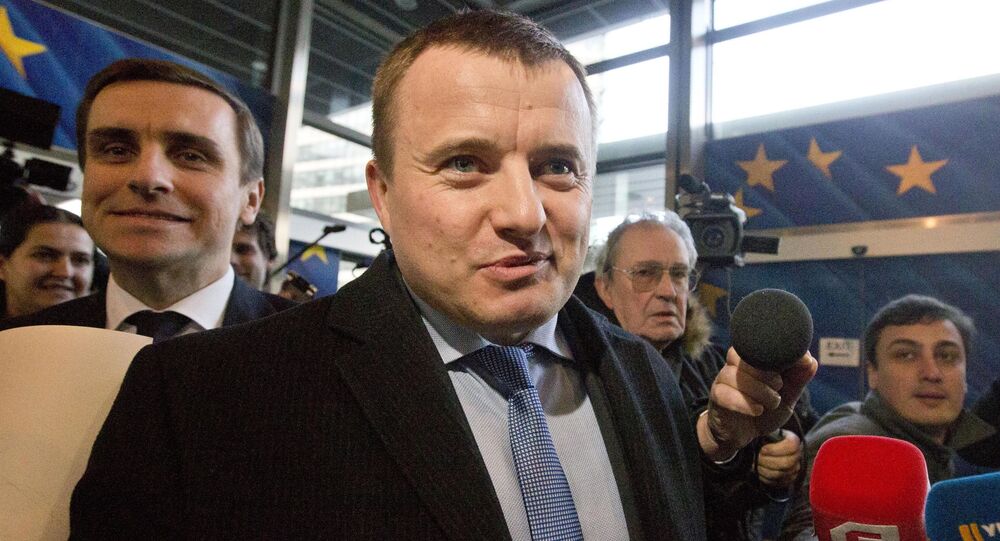 In 2011, Russian fuel production holding company TVEL, part of the state corporation Rosatom, and Ukrainian company Nuclear Fuel signed an agreement for a 50-50 venture to build a fuel plant at Smolino in Ukraine's central Kirovohrad Region. Construction had been slated to begin in 2014. Preliminary expenses are estimated at some $460 million.

"The agreement has not yet been terminated, but we will cancel it, as they [TVEL] do not comply with their obligations, either," Demchishin told reporters.

© Wikipedia / alexndm
Ukrainian Parliament Denounces Nuclear Deal With Russia
In July, TVEL declared its readiness to implement the project on constructing the nuclear fuel plant and said relevant proposals from the Ukrainian side were expected, as the Ukrainian Cabinet had reportedly neither approved construction documents nor implemented financing for the project.

The Russian side said it had fully fulfilled the obligations related to the project in a timely manner.

The contract termination comes amid strained Russia-Ukraine relations, as Kiev, along with its Western allies, refuses to recognize the legitimacy of Crimea's reunification with Russia, and blames Moscow for an alleged involvement in the Ukraine crisis. Russia has denied the claims.

As Russia-Ukraine relations soured, Kiev turned to US nuclear fuel makers for some of its power plants.