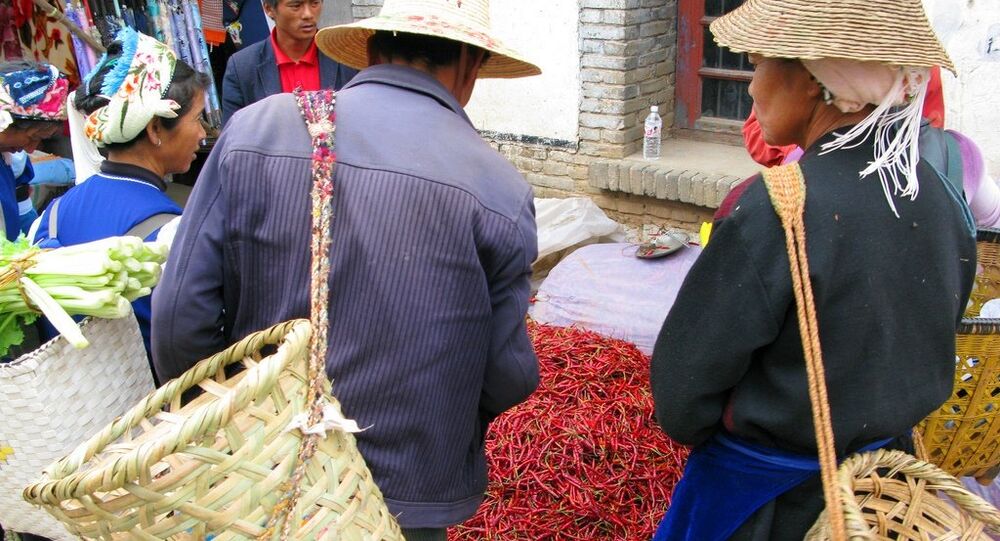 The recently signed Trans-Pacific Partnership (TPP), headed by the US and featuring 12 Pacific Rim countries is set to spark further competition between the US and China, with the deal part of Washington's plan to exert political and economic power in Asia, researchers say.

Following the signing of the TPP by representatives of the 12 countries involved in the negotiations, there has been a lot of debate about the deal, with supporters and critics outlining their analysis respectively.

While much has been made about whether the free trade opportunities will outweigh the social and environmental concerns, Dr Michal Meidan from the UK-based think-tank Chatham House, says the TPP is "as much about political and economic dominance in Asia as it is about reducing trade barriers."

The TPP and China: The Elephant That Wasn’t in the Room | The Diplomat http://t.co/PVTyUGfjOc

With US companies now given access to more Asian markets, and China excluded from the trade agreement, "the deal will expedite economic integration in Asia, but it will also intensify the competition between the US and China," Dr Meidan said.

Many analysts have noted the very political nature of the TPP trade deal, which is thought to be key to Washington's pivot towards Asia.

Dr Meidan agrees, saying that eagerness to sign the trade deal was a reaction to China's growing influence in the region and emergence as a global economic power.

"The impetus to seal the [TPP] deal came, in all likelihood, from Tokyo and Washington, following the creation of the China-led Asian Infrastructure Investment Bank (AIIB) and western countries' appetite to join it. The AIIB suddenly symbolized Beijing's growing influence and ability to shape the rules of the investment game in Asia."

"The TPP also highlights that there is a deeper competition now at play between the US and China: the quest for defining the rules of engagement in the 21st century. And that remains an open, deeply contested question," she said.

If there is a serious dispute between China & US, Britain will side with US — @RobinNiblett

TPP Opposition: 'Ratification Will Be a Slow and Messy Process'

While the deal has been agreed upon by governmental representatives of the 12 countries, many have noted that it is not yet set in stone, as the TPP must be ratified by the respective parliaments involved.

There is considerable opposition and criticism towards the deal, with concerns that it will wash away workers' rights and environmental standards.

Activists have protested against the secrecy of negotiations, noting that the public has had to rely on leaked documents to gain an insight into what features the final TPP will include.

There are also fears that it will give multinational corporations unprecedented power over states, particular due to the Investor State Dispute Settlement (ISDS) mechanism, which allows companies to sue governments if they are deemed to have implemented laws that hinder investment opportunities.

While national leaders have remained confident that their respective governments will approve of the TPP, Dr Meidan says "ratification will be a slow and politically messy process."

"The TPP could get caught up in the upcoming elections in Canada, and if Prime Minister Stephen Harper isn't re-elected, a very real possibility, the TPP's ratification will become highly uncertain. In the US, too, ratification could fall prey to electoral politics. Democratic candidate Hillary Clinton, who had backed the trade agreement during her time at the State Department, is now cautioning against it.

"Foot dragging because of domestic politics could delay ratification in Japan until late 2016, and in the US until as late as 2017."