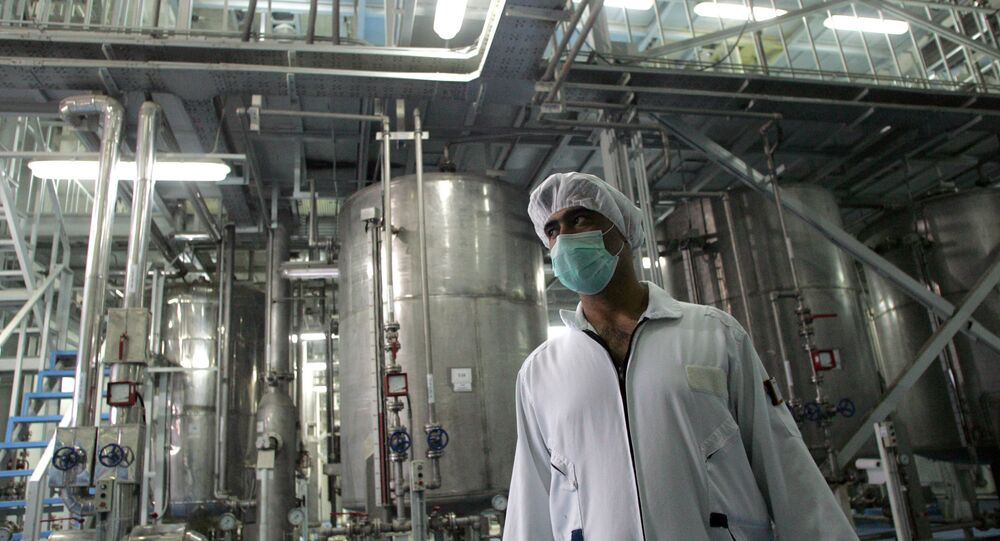 Iran is likely to sell any excess amounts of its enriched uranium abroad in exchange for natural uranium, instead of diluting it, the country's deputy foreign minister, Abbas Araghchi, said Monday.

"We have had some discussions on that with a certain specific country and again negotiations are going well, we are on schedule and we think that instead of diluting we can do the business and receive natural uranium in return for our enriched uranium outside," Araghchi told journalists after the first meeting of the P5+1 negotiators and Iran commission on the implementation of the Joint Comprehensive Plan of Action (JCPOA).

Iran and the P5+1 group of countries, comprised of the United States, Russia, China, France and the United Kingdom plus Germany, reached a comprehensive agreement on July 14 to ensure the peaceful nature of Tehran's nuclear program in exchange for sanctions relief.

Under the deal, Tehran has agreed to maintain the level of its uranium enrichment under 3.67 percent for a period of 15 years and keep its uranium stockpile under 300 kilograms (some 661 pounds). All enriched uranium above the amount stipulated by the agreement must be removed from Iran.