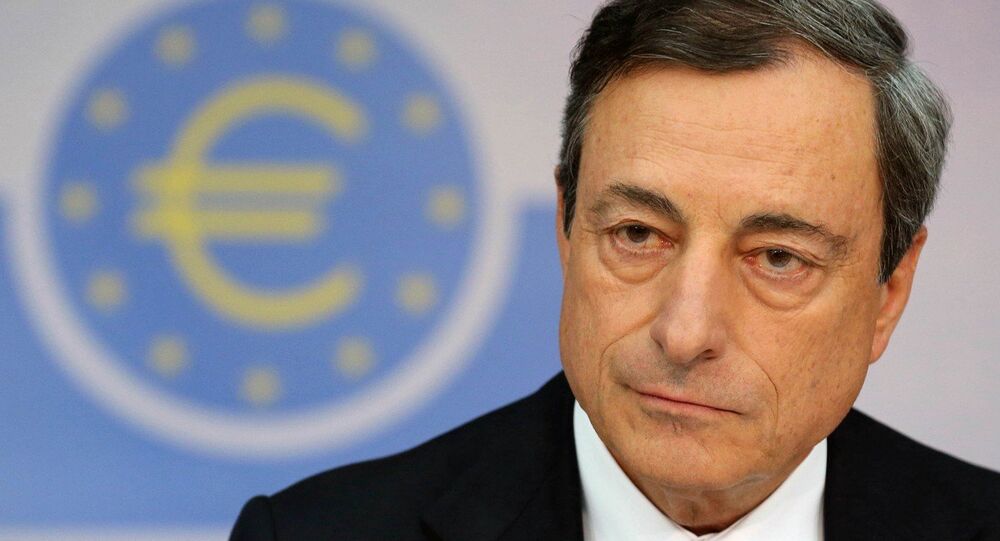 The European Central Bank (ECB) President Mario Draghi called Sunday for the Greek debt relief and the implementation of the austerity reforms as stipulated in Athens’ third bailout package from its European creditors.

MOSCOW (Sputnik) — However, according to the ECB head, the relief will depend on the Greek government determination to implement the program of reforms.

"There should be a debt-relief element," Draghi told local Kathimerini newspaper adding that ECB has its "concerns about the current debt sustainability."

"Determination and compliance will give credibility to the debt relief, especially given the economic developments in the last 10-12 months," Draghi stressed.

© REUTERS / Yannis Behrakis
Greece Gives Citizens One Day to Consider Draft Law on Austerity Measures
Late on Saturday, the Greek authorities released a draft law on the austerity measures to be implemented in the country for public discussion on the Open Government website that will last until 9 a.m. local time (06:00 GMT) Monday. The draft is expected to be passed into law next week.

Among other measures, the draft provides for the retirement age increase from 55 years for men and 50 for women to 67 for both genders. Income from real estate up to 12,000 euros ($13,630), currently taxed by 11 percent, is proposed to be taxed by 15 percent while annual income of over 12,000 euros are to be taxed by 35 percent instead of the current 33.

On Monday, Eurogroup President Jeroen Dijsselbloem said that the implementation of Greek reforms depended on how soon money lenders can recapitalize cash-strapped Greek banks and negotiate the restructuring of Greece’s large national debt.