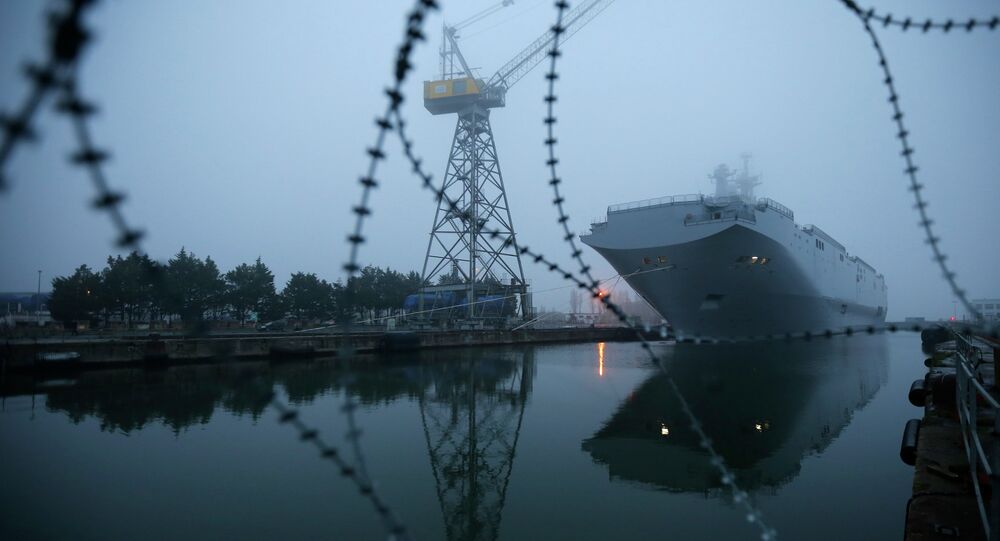 Russia’s state naval technology company said Tuesday it had all the necessary equipment to outfit the two French Mistral helicopter carriers that were initially built for Russia but are now being sold to Egypt.

Georgy Antsev, the director general and chief designer at the state-owned manufacturer Morinformsystem-Agat, said at a defense exhibition in Moscow that the company was up to the task to equip the Mistral ships with combat information and control systems, radars and helicopter landing systems.

"We are open for offers. It is up to us to satisfy the needs of any nation that is in diplomatic relations with Russia and has an agreement on military-technical cooperation with it," Antsev told reporters during the 2015 Innovation Day of the Ministry of Defense expo.

He added that if Egypt planned to operate Russian choppers the company would equip the two French helicopter carriers with compatible systems.

The company is an umbrella organization for the Russian shipbuilding industry. It produces computer-aided and combat management systems for Russian Navy submarines and surface ships, as well as fire control systems for all types of ship-mounted weapons.