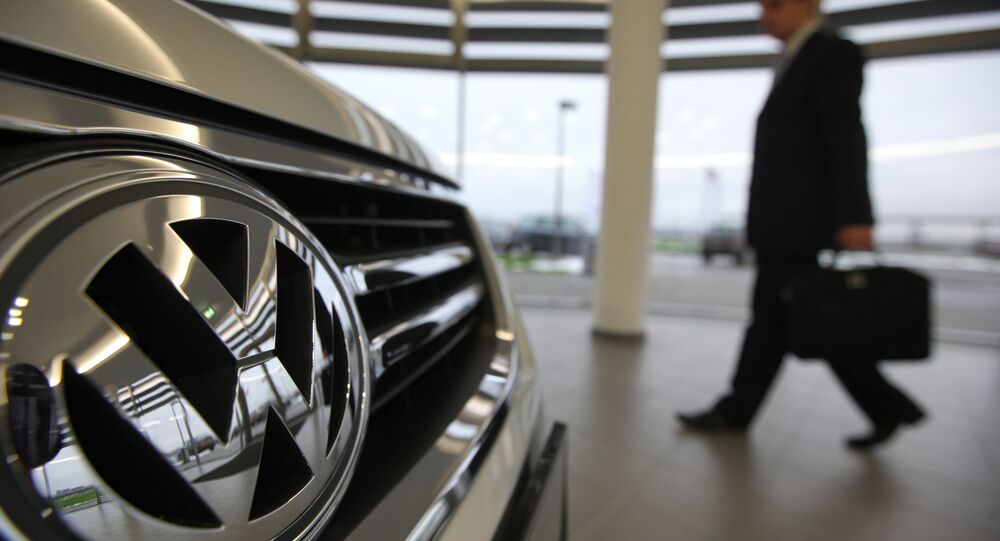 The chief executive of Porsche will replace the Volkswagen CEO, sources told media.

MOSCOW (Sputnik) – The chief executive of Porsche sports car manufacturer will replace the Volkswagen CEO who resigned after his company was found to have rigged emissions tests, sources told media on Thursday.

© Sputnik / Mikhail Fomichev
Russia Sends Inquiry to Volkswagen Over Emissions Scandal
Sources familiar with the matter told The Wall Street Journal that chief executive officer of Porsche AG, Matthias Mueller, will be named Volkswagen CEO at a full board meeting on Friday.

The board’s top brass reportedly met over the past two days to address the crisis and discuss personnel changes.

Last week, the US Environmental Protection Agency accused Volkswagen of tampering with its Volkswagen and Audi diesel-engine vehicles to circumvent emission standards. The EPA ordered the company to recall 482,000 cars and suggested it would face $18 billion in fines.

The manufacturer admitted on Tuesday that as many as 11 million of its cars worldwide may have been engineered to downplay its emissions standards, setting aside $7.2 billion to cover the costs of fixing the damages.