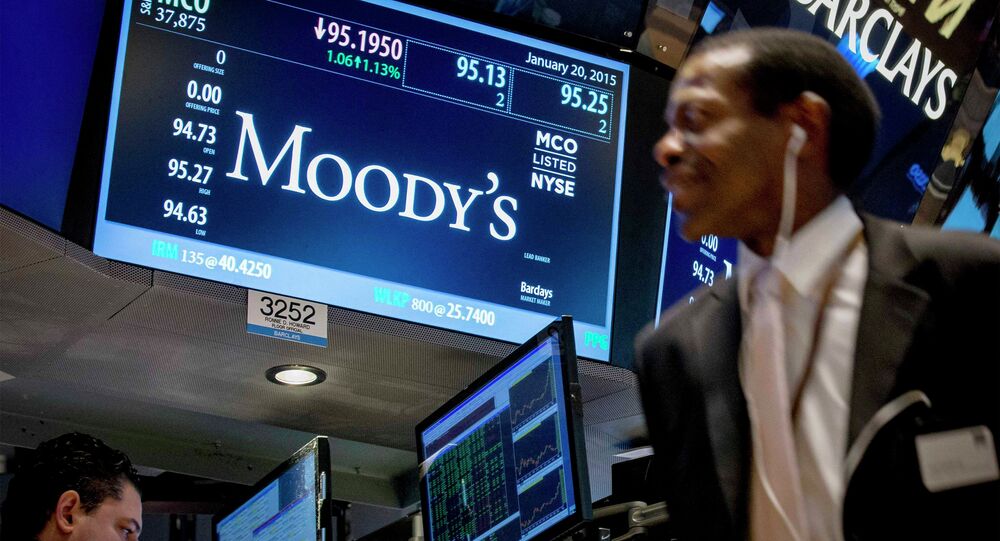 © AFP 2020 / Emmanuel Dunand
Moody's Downgrades Brazil's Government Bond Rating, Outlook Stable
MOSCOW (Sputnik) – The ratings agency said on Friday that the "continuing weakness in France's medium-term growth outlook, which Moody's expects will extend through the remainder of this decade" and the "challenges that low growth, coupled with institutional and political constraints, poses for the material reduction in the government's high debt burden" are behind the downgrade.

Moody’s forecasts that France’s economic growth will remain low over the medium term and it will take the country a long time to complete the recovery it is undergoing following the global financial crisis. Since the onset of the crisis, France has missed its deficit-reduction targets.

"In Moody's opinion, France's potential annual growth rate is at most 1.5% over the medium term. France faces material economic challenges, such as a high rate of structural unemployment, relatively weak corporate profit margins, and a loss of global export market share that have their roots in long-standing rigidities in its labour and product markets," the agency said.

Moody’s predicted that a material reduction in the France’s government debt is unlikely in this decade because of low growth and institutional and political challenges that are hampering reforms.

© AP Photo / Thomas Peter
'A Kind of Intimidation': Stiglitz Slams German Economic Bullying of France
The agency did say, however, that the French government is trying to boost growth and reduce fiscal balance challenges, which is a positive development and is reflected in Moody’s stable outlook.

On Wednesday, French Finance Minister Michel Sapin said France’s budget deficit would drop to the equivalent of 3.8 percent of GDP (gross domestic product) in 2015 and 3.3 percent in 2016. Sapin added that government spending would drop to 55.1 percent of GDP next year, and GDP growth will stand at 1.5 percent in 2016. Also next year, France’s debt will stop rising, according to Sapin.

The French government is expected to publish a budget and spending plan on September 30.