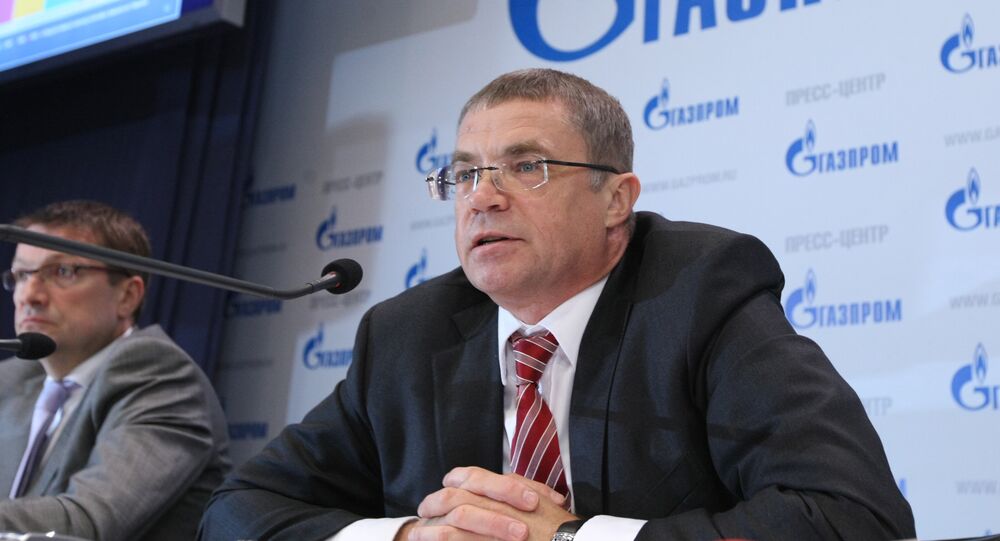 Gazprom's deputy chairman Alexander Medvedev said that the launch of the Turkish Stream gas pipeline will be later than it was planned.

Turkish Stream gas pipeline construction was expected to begin in June, but the governments of Russia and Turkey have not yet signed a formal agreement.

© Sputnik / Alexey Nikolskiy
Ankara Ready to Discuss Turkish Stream in Detail After Gas Discount Agreed
"Due to the fact that the installation [of the pipeline] did not begin as planned, we are no longer speaking of December 2016," Medvedev told reporters, asked about a possible postponement.

The Turkish Stream is a proposed pipeline with an annual capacity of 63 billion cubic meters that will run from Russia to Turkey beneath the Black Sea. The pipeline will continue to a hub on the Turkish-Greek border, from where it could be extended to southern Europe.

Earlier in September, the Russian Energy Ministry said it expected an intergovernmental deal on the Turkish Stream gas pipeline to be signed after a new government is formed in Turkey in November.

Ankara to Retain Turkish Stream Project Despite Delays in Construction