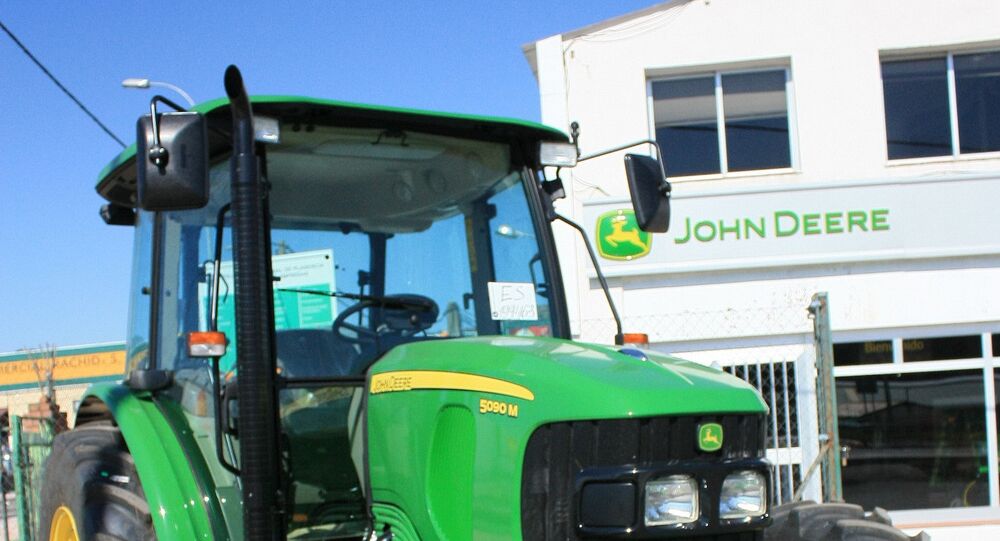 US John Deere to Continue Working With Russia Despite Sanctions

Deere & Company spokesperson Ken Golden said that the US corporation is determined to continue cooperating with customers in Russia amid western sanctions imposed on Moscow over the crisis in Ukraine.

WASHINGTON (Sputnik) — The US corporation John Deere is determined to continue cooperating with customers in Russia amid western sanctions imposed on Moscow over the crisis in Ukraine, Deere & Company spokesperson Ken Golden told Sputnik.

"We do not plan to make public comments about the current political situation, but instead will continue working with our customers in Russia and around the world to increase their productivity," Golden said.

© Sputnik / Vladimir Sergeev
EU to Drop Sanction Policy, Revive Cooperation With Russia
September 12 marks one year since the United States, the European Union and some of their allies imposed a second package of sanctions targeting Russia's largest banks, oil and defense companies, as well as certain individuals.

The sanctioned companies have been denied access to European capital markets, while a number of individuals have been subject to entry bans and asset freezes.

"Over the long term, Russia can be an important factor in helping feed and shelter a growing world population. John Deere and our dealers and our customers in Russia have invested to help Russia reach its potential in agriculture, forestry and construction," Golden stated.

Russia's relations with the West deteriorated in 2014 over the crisis in Ukraine. The United States and the European Union accused Russia of interfering in Ukraine's internal affairs. Consequently, they imposed several rounds of sanctions against Moscow.

Russia has repeatedly refuted the allegations of involvement in Ukraine and expressed readiness to resume dialogue with the Western partners, but on terms of mutual respect and cooperation.

Deere & Company is a US corporation that manufactures farm machinery and industrial equipment.