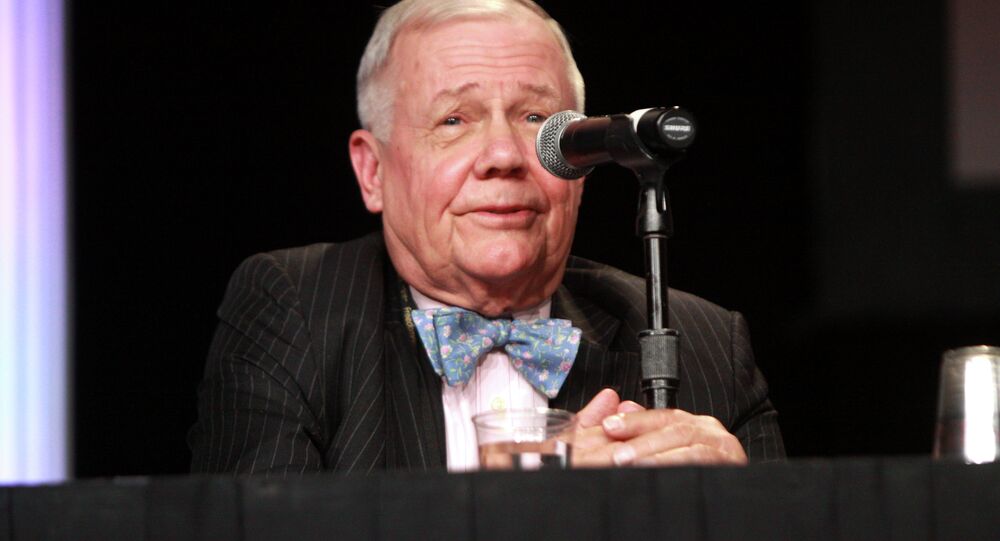 September 12 marks a year since the West has imposed a second package of sanctions targeting Russia's largest banks, oil and defense companies, as well as certain individuals. The companies have been denied access to European capital markets, while a number of individuals have been subject to entry bans and asset freezes.

WASHINGTON (Sputnik), Liudmila Chernova – While sanctions against Russia affect all countries involved, the United States will suffer the most, veteran US investor Jim Rogers told Sputnik.

"Sanctions have rarely done much good anywhere in the world throughout history, especially in a place like Russia, since there’s so many ways to get around the sanctions," Rogers stated. "It had short-term dislocation when some suppliers could not sell to Russia and vice versa, but those dislocations are being corrected by Asia and China."

© Flickr / Gage Skidmore
Prominent Investor Jim Rogers Places His Bets on Russia, China
Rogers said that most Asian countries were not paying any attention to the sanctions, suggesting that "the major effect it’s having is to drive Russia and Asia closer together and away from America."

He believes that now is the right time to invest in Russia and Cuba.

"In my view, it’s probably a good time to be investing in Russia. I have invested in Russia in the last year, and I hope I can find more investments," Rogers said.

Jim Rogers is a well-known investment counselor and international financial commentator. In the 1970s he founded the Quantum Fund with billionaire George Soros. Currently based in Singapore, he is the chairman of Rogers Holdings and Beeland Interests, Inc.

Rogers’ portfolio includes shares in the Moscow Stock Exchange, as well as in the Russian fertilizer company Phosagro and the Russian airline Aeroflot.

© AFP 2020 / STR
Jim Rogers to Sputnik: China Outperforms US, Other World Markets
The US investor noted that the Russian investment climate depended on the price of oil, which has contributed to "making people skeptical of Russia" over the past year.

As for the Cuba, the high-profile US investment consultant said the recent thaw in the relations between Washington and Havana have made it possible for US citizens to invest in the country.

"The rest of the world has already been investing in Cuba. And now, Americans can go and invest. If you are going to do it, you better do it right now," Rogers suggested. The investor noted, however, that the country has a population of only 10 million so it will not be a "new China or a new Russia."