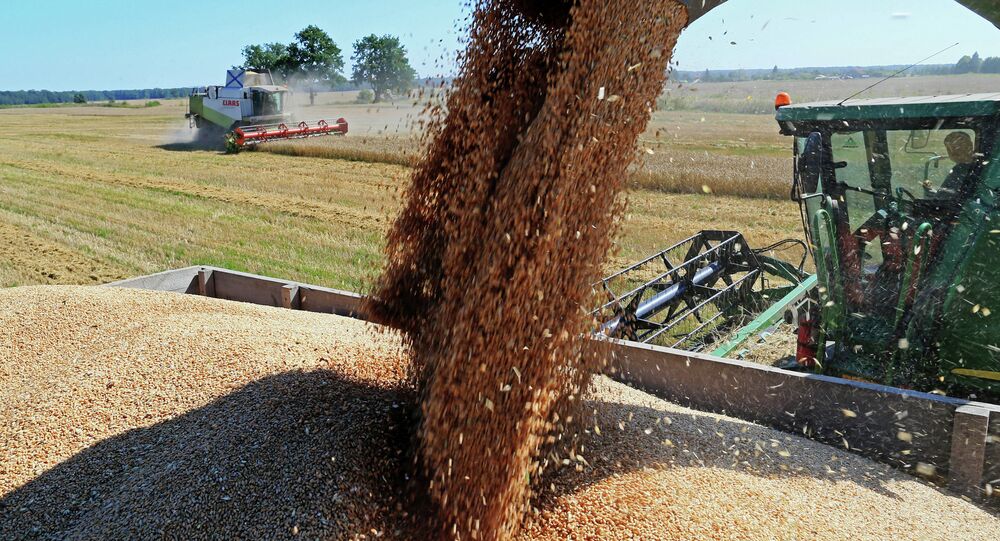 The business news agency has calculated that these advantages have allowed Russia to sell its grain for "about 16 percent cheaper than cargoes from the US." With "American dominance in the global market…shrinking for two decades as output expanded from the Black Sea region," Bloomberg notes that "long-standing buyers of supplies from the US are shifting more purchases to Russia."

According to the agency, the decline in global oil prices, and the associated drop in the value of the Russian ruble, has been a boon for Russian producers, increasing the competitiveness of Russian exports. At the same time, reduced transport costs (down by 24 percent over the past year, according to the Baltic Dry Index freight cost gauge), together with the erosion of the purchasing power "of energy-rich grain importers like Nigeria and Mexico" are also working to Russia's advantage.

Meanwhile, Egypt, the world's largest wheat importer, has seen its purchase of US wheat down from 90 percent in recent years to only 7 percent last season, with Russia's share rising to 25 percent.

According to the US Department of Agriculture (USDA), Nigeria, the largest economy in Africa and once one of the top customers of US wheat, has cut its purchases by nearly 50 percent over the past five years, while wheat from the Black Sea region, including Russia and Ukraine, now constitutes about 17 percent of total purchases, up from a miserly 1 percent as little as two years ago. Last season alone, Russian shipments to Nigeria more than doubled, and are now up to 721,000 tons, according to Russian researcher OOO ProZerno.

Mexico, the number 2 buyer of American wheat, has seen a similar reduction in dependency on US imports, while imports from the Black Sea region are up to 12 percent, from zero, in the same two year period, despite the US's obvious geographical advantage.

© Sputnik / Aleksandr Pogotov
Russia to Increase Delivery of Wheat to Nicaragua Sixfold
And while Vince Peterson, VP of the US Wheat Associates lobbying group, believes that the US will be able to maintain its advantage over Russia in Mexico and much of Latin America, as far as Africa is concerned, there is "no question" that the US's market share has "been eroded. Probably more Russian wheat is going to find its home in Africa."

Bloomberg warned that the Russian competitive advantage, cutting into US exports has been exacerbated by "back-to-back bumper harvests worldwide," which have "left silos bursting" and the International Grains Council (ICG) seeing the largest stockpiles in nearly 30 years, with global wheat trade totaling 148 million metric tons this season.

At present levels, Russia is offering a price equivalent to about $34 per metric ton less than US supplies. ICG senior economist Amy Reynolds told Bloomberg that Russia's ascendency in the global market is "clearly a price issue as much as anything," adding that given that "the Black Sea region has good-quality grain at a good price…prices in the US do appear to be too high to be justified."

© Sputnik / Valery Morev
Russian Wheat Export Tax to Remain Unchanged – Agriculture Minister
Not even Russia's grain export tax, equivalent to about $40 US, introduced earlier this year as part of the government's response to rising domestic prices for food, seems able to halt the growth of Russian exports, with the USDA forecasting a record 23 million metric tons in exports this season, which is "just below the 25.2 million that the USDA expects will be shipped by the US, which has seen its share of global exports drop to 16 percent from almost 30 percent in 2008."

Stefan Vogel, the head of agricultural commodities research at Rabobank International, told the agency that "competitiveness so far has favored Russia," adding that he doesn't "see the US as the prime origin right now to supply the world market."