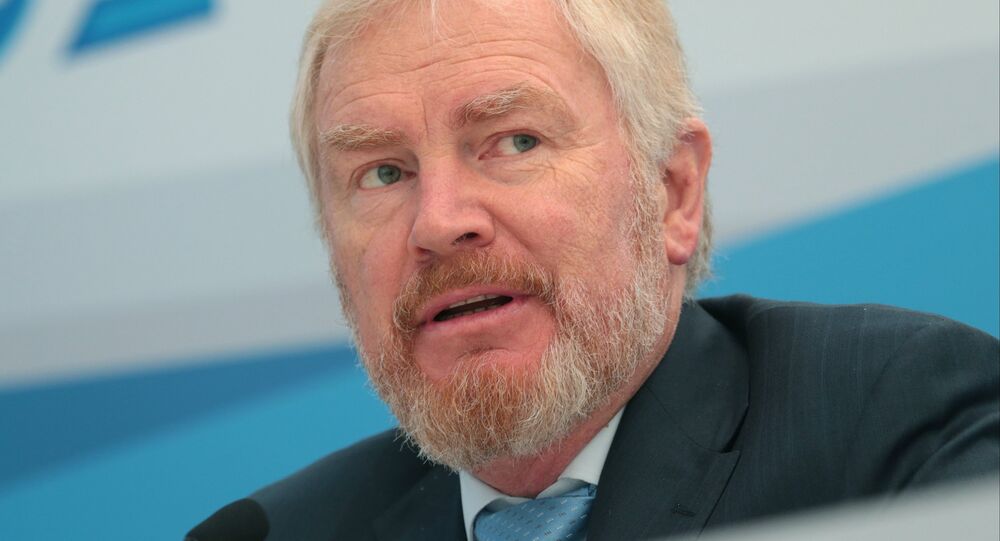 Russian Deputy Finance Minister Sergei Storchak said that measures taken by the Chinese authorities to stabilize the situation in its stock market, caused a lively discussion at the G20 meeting.

© REUTERS / Osman Orsal
G20 Finance Chiefs Pledge to Tackle Terrorist Financing – Communique
ANKARA (Sputnik) — Changes in currency exchange rate and monetary policies in the world, as well as the situation in China were among the key issues at a meeting of finance ministers and central bank governors from the G20 group of major economies in Ankara, Turkey, Russian Deputy Finance Minister Sergei Storchak said Saturday.

The G20 finance ministers and central bank heads held a meeting in the Turkish capital on September 4-5.

"This G20 had a focus associated with the expectations of foreign exchange rate or monetary policy fluctuations," Storchak told reporters after the meeting.

According to the deputy finance minister, measures taken by the Chinese authorities to stabilize the situation in its stock market, caused a lively discussion at the meeting.

© REUTERS / Umit Bektas
G20 Finance Chiefs Say Global Economy Misses Growth Target, Vow Recovery
"And there was a focus associated with the way the Chinese partners presented the measures they are taking to normalize the situation in the financial markets," Storchak stated.

On August 11, the People's Bank of China (PBC) devalued the yuan, allowing it to fall 1.9 percent against the US dollar to boost the country's economy, precipitating the biggest one-day exchange rate adjustment for the currency in a decade. The following day, dollar-yuan exchange rate showed a further 1.6-percent decrease. On August 13, the PBC devalued its national currency by an additional 1.1 percent against the US dollar, letting the yuan drop for the third day in a row.

Following the move, bank officials told reporters that the currency would strengthen when the market stabilized, and there was "no basis" for a further depreciation of yuan.

G20 Summit to Be Cancelled in Turkey if Media Crackdown Occurs