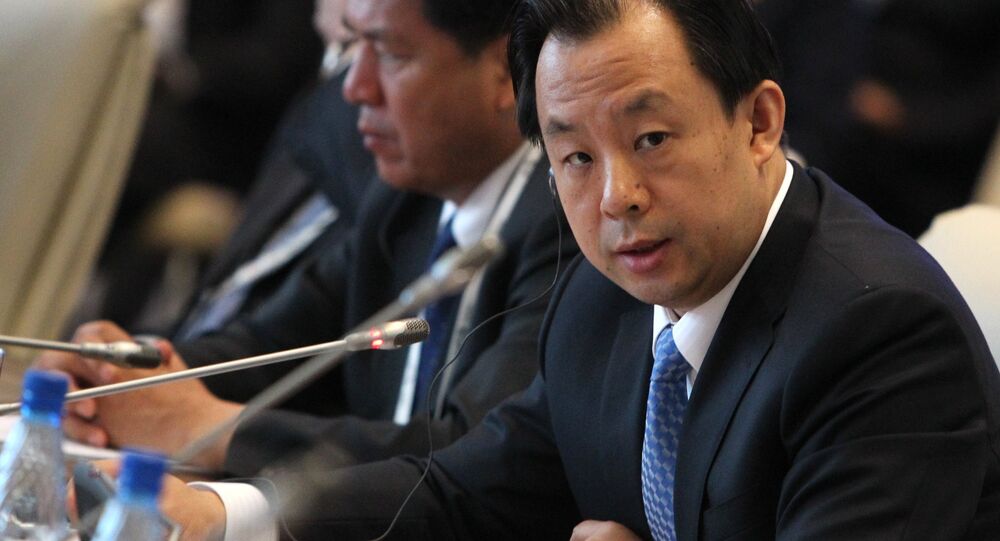 Lu Hao, governor of the northeastern Chinese Heilongjiang province, said that the outlook for the Chinese-Russian cross-border e-Commerce is very positive.

MOSCOW (Sputnik) — Russia and China have a big potential for cross-border online trade, driven by an increase in the use of online trading platforms by young people in both countries, the governor of the northeastern Heilongjiang province told Sputnik on Saturday.

"The outlook for the Chinese-Russian cross-border e-Commerce is very positive, there are profound shifts in consumption among both the Chinese and Russian young, Internet-driven consumption is on the rise," Governor Lu Hao said.

Sergei Mamontov
Russia-China Ties Unaffected by Western Sanctions – Wang Yang
Authorities in Heilongjiang and Russian online traders are working to create Internet platforms for bilateral e-commerce projects. Five such platforms, supporting a total trade flow of over 100 million yuan ($15.7 million), are expected to be launched by 2020.

"We are working together with China’s leading e-commerce platforms to build a network of platforms for cross-border online trade," Lu told Sputnik.

The e-commerce project aims at creating two cross-border payment systems and nine warehouses along the Russian-Chinese border in the Heilongjiang province that would handle the increasing bulk of transshipped goods.