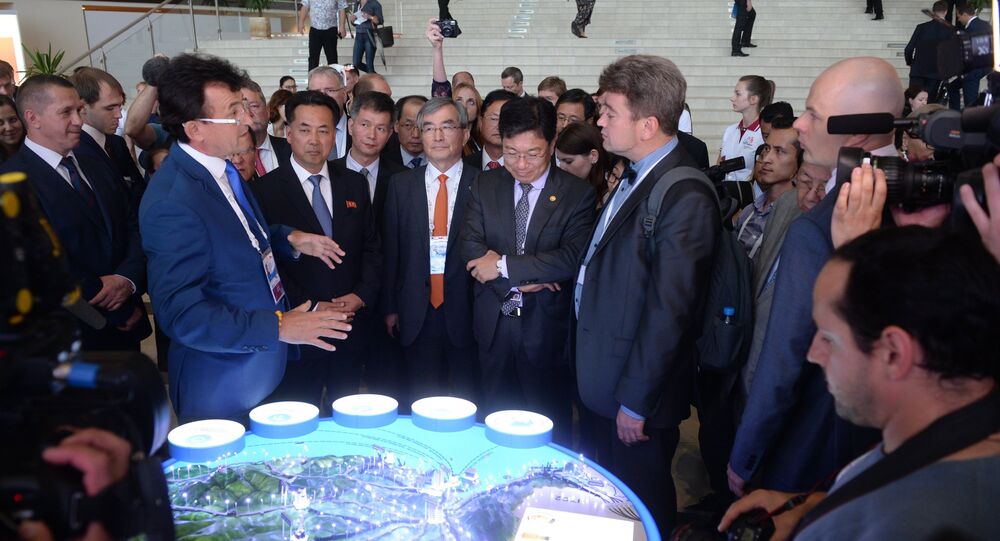 The memorandum was signed at the Eastern Economic Forum (EEF) by representatives of the Ministry for the Development of the Russian Far East, Russia's Far East Development Corporation, the China Overseas Development Association and the China Council for the Promotion of International Trade.

The ministry's press service told Sputnik that the fund will have a total capital of $10 billion. A number of financial institutions, including Russia's Sberbank, will participate in its operations.

The ministry added that the fund's goal is to stimulate the production of 10 million tons of grain and agricultural products annually, starting from 2020.

According to the document, the sides agreed to cooperate on joint investment projects in the Russian territories of priority development, nine of which are located in Russia's Far Eastern Federal District. These projects encompass investments in agribusiness, grain growing, processing, storage and logistics as well as the construction and operation of agribusiness infrastructure.

The first EEF is being held in the Russian city of Vladivostok on September 3-5, as a platform for dialogue between international investors, the Russian government and countries of the Asia-Pacific Region.

Some 72 agreements of intent and memorandums of cooperation are expected to be signed during the three-day-event, including 10 on the development of agribusiness.