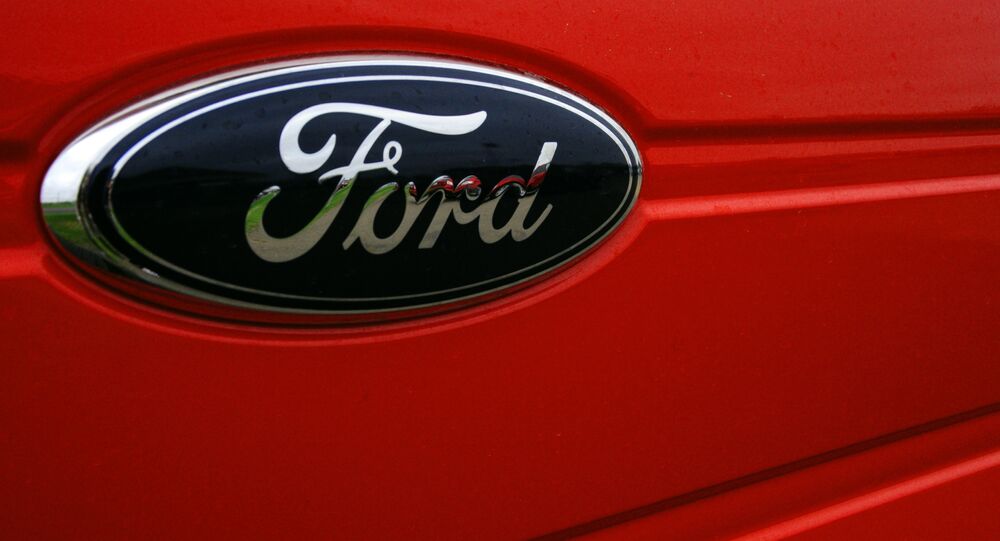 Ford will become the first foreign car manufacturer to start making its engines in Russia, when the factory begins production on Thursday in Russia's Republic of Tatarstan.

Alexei Danichev
Russia's Vsevolozhsk Plant Starts Assembling the New Ford Focus
Ford Sollers, a joint venture between Ford Motor Company and Sollers, a Russian car and parts manufacturer, announced on Wednesday that its new engine factory, worth $275 million, will start production on Thursday in the Republic of Tatarstan.

"The planned yearly capacity of the factory at the first stage will be 105,000 engines, with a possible further increase to 200,000," stated Ford Sollers.

Ford Sollers owns three production sites in Russia, at Vsevolozhsk near St. Petersburg, and in the cities of Naberezhnye Chelny and Yelabuga in Tatarstan. The opening of the new engine factory makes Ford the first foreign carmaker to produce its engines in Russia, and as a result, the company will fit at least 30 percent of Ford cars manufactured in Russia with an engine which is also produced in the country.

"First on the conveyer belt will be the 1.6 liter Ti-VCT Sigma petrol engine, with three varieties of power; 85, 105 and 125 horsepower," explained Ford Sollers.

The development of the factory is also in accordance with a law passed by the Eurasian Economic Union in May 2014 which requires that motor vehicles assembled and distributed without extra duties in the territory of the EEU achieve a level of localization of production of at least 30 percent, increasing to 50 percent from July 2018.

© Photo : uaz.ru
Brand New Russian SUV and Crossover Dominate at Moscow Off-Road Expo
The factory will be located in Tatarstan's Alabuga Economic Zone, the largest industrial zone in Russia, which was created in 2006 after the passing of a law in July 2005 to set up special economic zones with favorable conditions for investment.
© Sputnik / Maxim Bogodvid
An administrative building in the Alabuga special economic zone

The special economic zone, which is dedicated to industrial production, boasts well-developed air, rail and road transport links and covers 20 sq km of territory in the Republic of Tatarstan, 210 km from the regional capital, Kazan.

Among the favorable conditions the Alabuga zone offers investors are the lower local taxes imposed by the Republic of Tatarstan on company profits [13.5 percent], and an exemption from the tax on transport. Other international companies based in the zone include Rockwool, 3M, Armstrong, Air Liquide, Preiss-Daimler, RRDonnelley, Saint-Gobain and others, and the area has been rated by Forbes and Ernst&Young as the region in Russia with the best business conditions.

Supercar Designer Finds Manufacturer for Lada of His Dreams