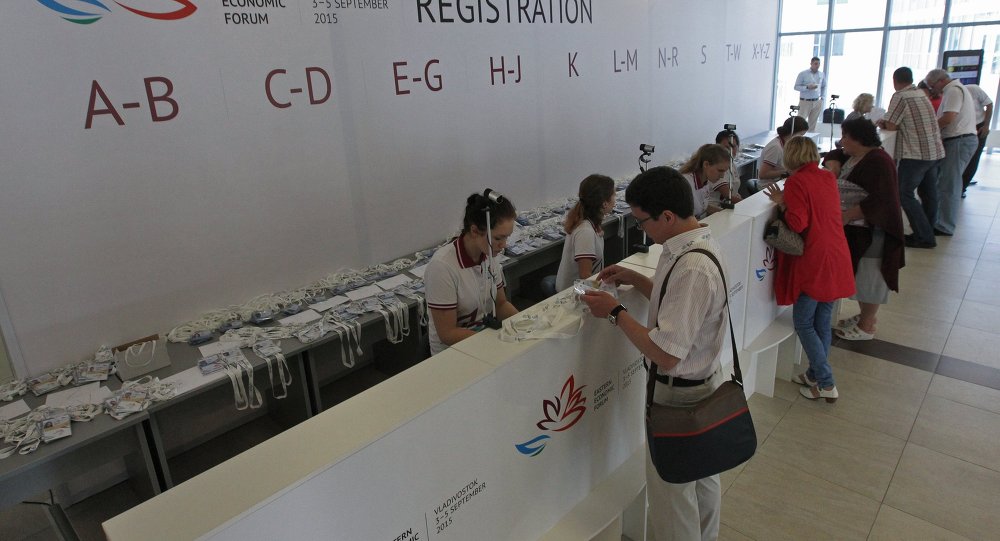 The first Eastern Economic Forum (EEF) will take place in the Russian city of Vladivostok on September 3−5, bringing together representatives of government agencies from Russia and Asia-Pacific countries, major investors, business people and industry experts. 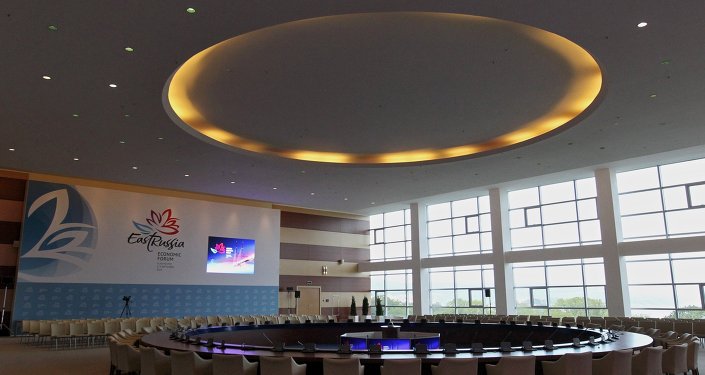 The event marks the first time since the introduction of the Western sanctions that Russia has decided to hold a forum in the Far East. Delegations from 24 countries are expected to attend. The forum will subsequently become an annual event.

The forum aims to address issues related to the development of the Far East in the context of further integration with Asia-Pacific countries, Minister of the Development of the Russian Far East Alexander Galushka said last week.

"Our goal is to present all the aspects of the new economic policy as fully as possible. In this sense, the forum should become a project tool for macro-regional development," he said.

The forum’s main objectives are to consolidate the ties between the international investment community, Russian businesses and federal, regional and local authorities. Experts will evaluate the economic potential of the Russian Far East, as well as prospects for improving the region’s competitiveness and investment attractiveness, both on a national and international level.

Foreign investors at the forum are expected to be primarily interested in natural resources: oil, gas and other mineral resources, timber and marine bio-resources, Alexander Idrisov, president of Strategy Partners Group, a consultancy, said.

"There are also interesting infrastructure projects," he added, including in the transport, electricity and food industries. He did not rule out the possibility of industrial manufacturing projects and highlighted the region’s potential for tourism.

Russian President Vladimir Putin will deliver a wide-ranging speech, similar to the one given at the St. Petersburg International Economic Forum. Russian Ambassador to China Andrei Denisov said that the head-of-state will meet with representatives from Chinese business circles.

The forum organizers have noted a high level of interest in the event. Initially, less than 1,000 participants were expected, but as of August 27, about 4,000 applications have been submitted.

"As of now, 1,100 participants have been accredited, including 400 foreign nationals," Galushka said. The EEF media center can accommodate about 500 members of the press, including 200 foreign reporters.

The forum’s program aims to offer businesses a view of the Far East shot through the prism of investment projects. According to the forum organizers, over 250 projects will be presented to investors. A total of 200 projects, with an aggregate investment volume of 4.7 trillion rubles ($70 billion), have been deemed the most attractive to investors.

© Sputnik / Ramil Sitdikov
Russia to Present New Instruments for Far East Development in Vladivostok
These include investment projects in various sectors of the economy, such as urban development and infrastructure, mining and mineral processing, the timber industry, agriculture, transport infrastructure and logistics. Industrial park and technopark projects will also be showcased at the forum.

Some of the projects will be presented to investors by their developers. According to Galushka, these include 90 of the most attractive projects, with a total investment potential of about 1.46 trillion rubles ($21.5 billion).

Some 72 agreements of intent and memorandums of cooperation are expected to be signed during the three-day-event. Of these, about 20 are hydroelectric related agreements, in particular, RusHydro and Korea Water Resources Corporation will sign a deal on the development of the Primorsky energy and water system.

© Sputnik / Vitaly Ankov
Russia's Kamchatka, Germany to Sign Joint Project Deal at EEF
About 10 agreements will be related to agribusiness development. A memorandum of understanding will be signed between the Ministry for the Development of the Russian Far East, China Industrial Overseas Development and Planning Association, Jinggong International Group Co. Ltd and the Far East Development Corporation. The parties plan to create a Russian-Chinese Agribusiness Development Fund to stimulate agribusiness in the Far Eastern Federal District.

Oil and gas projects have generated particular interest. The EEF will see the signing of an agreement between the Ministry for the Development of the Russian Far East and Gazprom as part of the Amur Gas Processing Plant investment project. According to Galushka, this project, with an estimated investment volume of 800 billion rubles ($11.8 billion), will become Russia’s foremost and largest international gas processing and petrochemical project.

The Far East Development Fund plans to sign at least 10 investment project agreements, worth a total of 100 billion rubles ($1.47 billion), of which the Fund will provide 10 billion rubles. These apply primarily to transport and logistics infrastructure projects, as well as co-investment agreements with Far Eastern regions.

In addition, a cooperation agreement is due to be signed between the Chukotka regional government, the Far East Development Fund and Tigers Realm Coal Limited to develop coal fields in the Bering Sea and to build transport infrastructure. This agreement will be implemented within the framework of the Bering priority development area in Chukotka.

Ministers of North, South Koreas May Meet in Russia's Far East in September