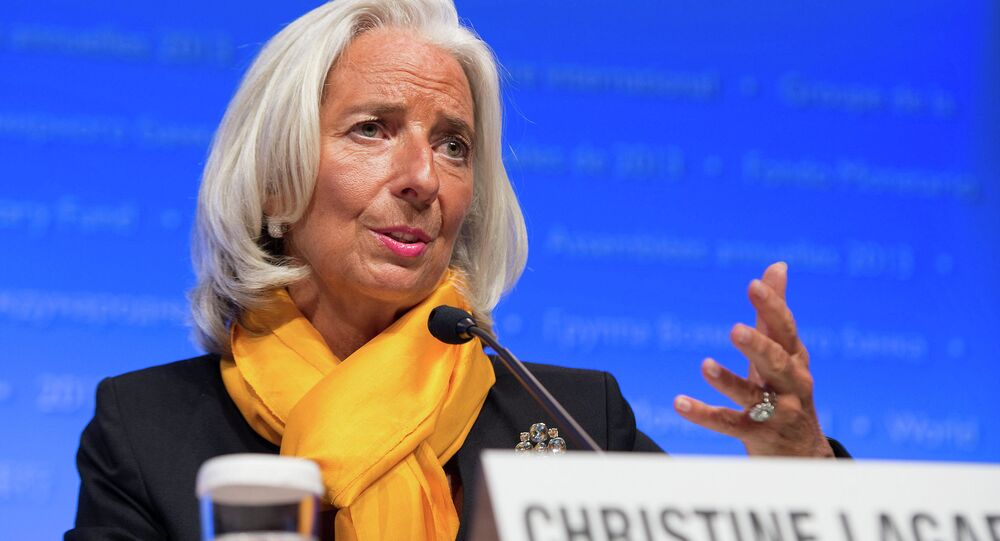 The IMF chief reaffirmed her commitment to helping Greece overcome its crisis but said that no debate on the debt cancellation had been initiated.

"The debate on the debt cancellation was never opened. I do not think it is necessary to open it if things go well," Lagarde told the Swiss Le Temps newspaper.

Lagarde reaffirmed her commitment to taking measures in respect of debt relief for Athens.

"There are talks about extending maturities, reducing rates for a certain period. We are not talking about debt cancellation," she said.

The IMF is one of Greece's main international lenders, alongside the European Central Bank and Eurozone states. Athens is struggling to restructure its multibillion debt.

© AP Photo
IMF Expected to Pitch Into Third Bailout for Greece in October – Schaeuble
Earlier in August, the Eurogroup approved an 86-billion-euro ($97 billion at the current exchange rate) bailout package aimed at rebuilding Greece's ailing economy in exchange for reforms and austerity measures.

Shortly after that, Lagarde welcomed the decision to provide Greece with a new financial aid package, and insisted that additional relief was necessary to ensure the country's medium and long-term debt sustainability.

Lagarde did not specify whether the IMF would be engaged in Greece's freshly agreed bailout deal.

Greek Syriza Party Wanes in Popularity Ahead of Parliamentary Election