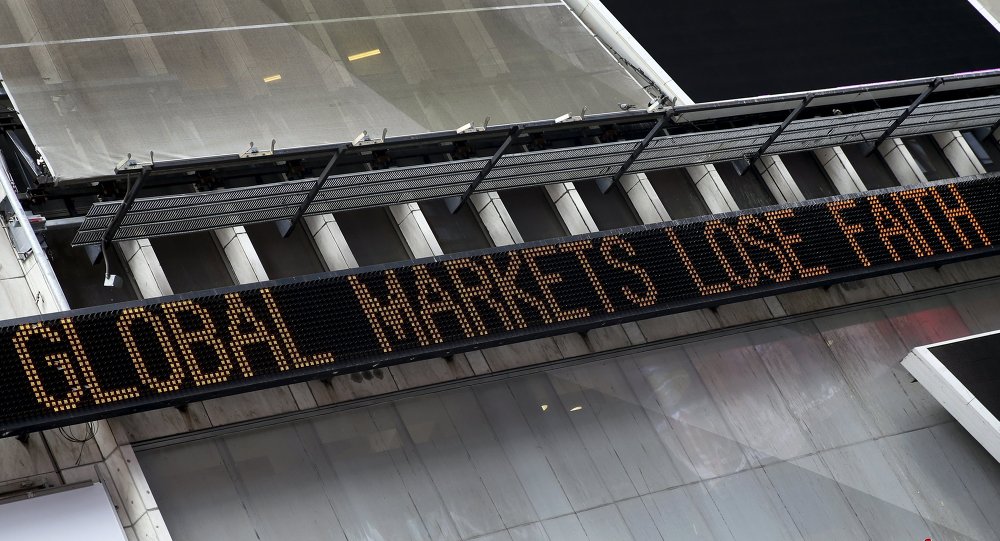 Chief Investment Officer at Saxo Bank Steen Jakobsen spoke to Sputnik about the global market situation and how politicians blame other economies before taking a look at the staggering amount of debt that is responsible for the economic situation the world is in right now.

“It’s a correction not a collapse of the stock market. I think the explanation needs to be found in the very strong US dollar which through the linking into the commodities and emerging markets has led to basically another disappointment to world growth. Leading to this was also China’s coming on board with opening up their borders in terms of foreign exchange, making a small devaluation which became more of a catalyst than the actual reason of this sell off,” said Jakobsen in an interview with Sputnik.

Jakobsen went on to say how the current world markets are addicted to stimulus packages. “McKenzie consultancy agency recently released a debt report that shows the staggering amount of debt that has been created since the financial crisis; it adds up to $57 trillion. The bad boy here is the world.”

As long as your economies grow more than the prices you pay for the loans you have available, it is a relatively smaller pain to the economy. But what is happening right now is the opposite.

Regarding Macron’s statement Jakobsen said, “It is unrelated and it just shows how inefficient and little politicians understand. I mean, China has been slowing down for the past six years, where was mister Macron with all the comments then? Secondly, it is not China’s responsibility to create growth in Europe it is Europe’s responsibility.”

© AP Photo / Richard Drew
'Black Monday': Worldwide Markets Take a Tumble Over Fears About China
Jakobsen continued, “For a country like France it means labor market reforms, productivity focus, less taxation and creating a framework to do better. As it is often the case when a politician makes a statement it has nothing to do with reality and everything to do with selling a concept that someone else is responsible for your troubles.”

He stressed that Europe needs to wake up. France needs to wake up and realize that one cannot ultimately keep playing the same song that has been playing for the past twenty years because it is no longer a hit,” said Jakobsen.

Earlier, Shanghai’s dramatic slump sparked a panic sell-off on the global market in what was dubbed China’s “Black Monday”. The Dow Jones faced a historic 1,000-point fall for the first time in history.

The Paris stock market plunged by over seven percent in mid-afternoon trading with several other European markets following in its wake.

‘Black Monday’ Not a Great Global Meltdown Yet – Patrick Young