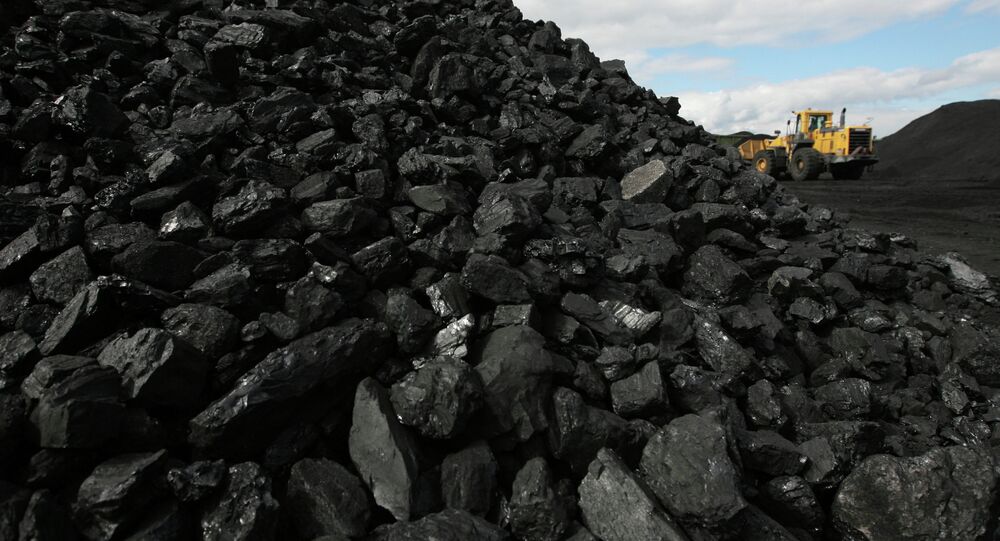 © Fotolia / pioregur
Ukraine Comes Hat in Hand to Russia for Winter Gas Supply
MOSCOW (Sputnik) — Kiev has resumed coal imports from Russia and expects delivery of 200,000 metric tons of coal in the near future, the Ukrainian energy minister said Tuesday.

"Today ‘Centrenergo’, as far as I know, is shipping the first batch from Kuzbas [the Kuznetsk Basin in southwestern Siberia, Russia],” Volodymyr Demchyshyn said at the meeting of anti-crisis energy headquarters.

He added that some 200,000 metric tons of the coal would be delivered to Ukraine in the near future with the first freight cars to arrive in the country until the end of August.

In July, Demchyshyn said that Ukraine did not have the money required to buy enough coal and gas in preparation for the heating season.

© Sputnik / Andrei Stenin
After US 'Leaves Ukraine to Collapse', Russia Will Provide Help
On August 3, Demchyshyn said that the country could be forced to purchase coal from every available supplier, including Russia, for the winter season due to coal shortages in Ukraine.

Ukrainian mines are predominately located in eastern Ukraine, an area of confrontation between Kiev and the Donbass republics. Many of the mines are under the control of the Donetsk People's Republic.