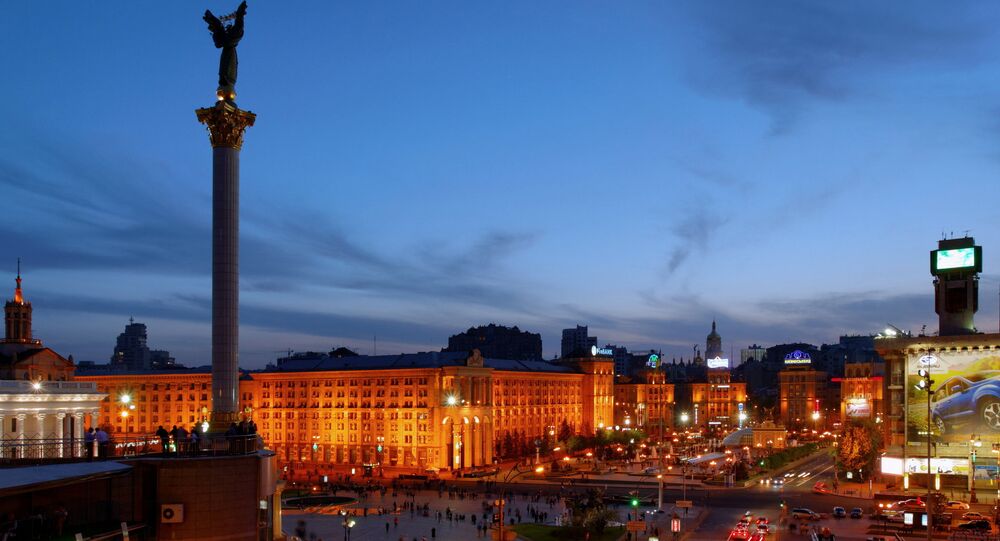 Kiev has long campaigned for a group of international creditors to write off as much as 40 percent of Ukraine's sovereign debt but investors are reported to have agreed to a 20-percent haircut in a bid to fulfill the conditions of a $40 billion IMF bailout.

© AFP 2021 / PATRIK STOLLARZ
Poroshenko Hooked Ukraine on Loans – Former Prime Minister
The sides are allegedly close to signing a restructuring agreement, although a formal announcement has yet to be made. The deal will mark a breakthrough for the talks that have been deadlocked for months.

The agreement between the Ukrainian government and its private lenders could be inked by the end of this week, Elaine Moore, an expert on global debt, reported, citing a source close to the negotiations.

However, other sources familiar with the situation told the Wall Street Journal that the deal could fall through since it has not been finalized. Ukraine's Finance Ministry maintains that talks are far from being over and "all options remain on the table."

"There is no agreement yet, negotiations are still going on to meet the IMF targets. The government of Ukraine has taken no decision and all options remain on the table," the agency said in a statement.

The investors were initially strongly opposed to the deal saying the Ukraine government could repair the country's depressed economy without a major debt relief.

Ukraine has been edging economic collapse since the US-sponsored coup brought the current Kiev authorities to power. The country relies heavily on external financial assistance to breathe life into its stagnant economy, plagued by an ongoing civil war, mismanagement and corruption.

The Bank of America named Ukraine the world's third riskiest sovereign borrower, meaning the country could default on its debt.