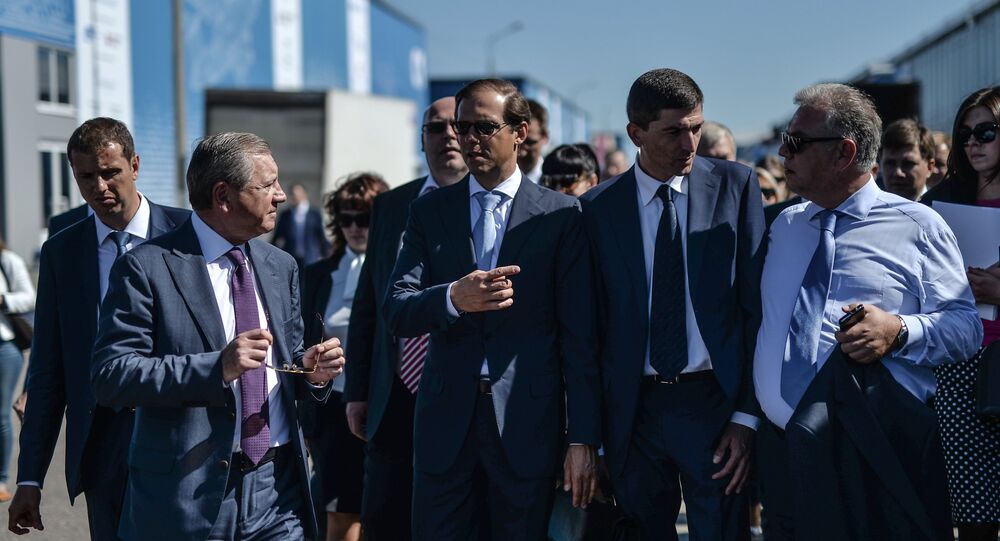 The XII International Aviation and Space Salon MAKS-2015 will start on Tuesday in the Russian city of Zhukovsky with over 400,000 people expected to attend the venue during the six-day event.

German magazine Stern wrote that with the help of military achievements Russia wants to send a clear message to the West: “Sanctions are not harming Moscow.”

Nevertheless the sanctions imposed following the crisis in Ukraine have cast a shadow on the Russian heavy industry.

According to the article, Russian leaders have pointedly indicated that the MAKS-2015, which will be held from August 25-30, despite the Western sanctions, will eclipse the two previous year’s air shows.

© Sputnik / Ilia Pitalyev
New and Unique: Russia to Unveil Latest Drone at MAKS-2015
This year about 760 companies from 35 countries are expected to participate in the air show, including Russia's state technology corporation Rostec and arms exporter Rosoboronexport, as well as arms manufacturer Almaz-Antey, Russian Helicopters, and several companies from the space industry.

Along with companies from Germany, France and the United States, Russia is ready to meet the guests from Asia — primarily from China, Stern stressed.

The number of Chinese representatives at the show has tripled. As reported on the official website of the air show, in total 11 Chinese companies will be represented during the show. In Germany 15 companies have expressed intention to visit the exhibition.

Moscow is hoping to make billions through the contracts during the show in particularly “if the Kings from the Middle East come to Moscow to shop,” the publication noted.

© Photo : Youtube/Word of Russia
Mi-26 Shows Off Aerobatic Maneuvers Before MAKS-2015 Show
Recently freed from sanctions, Iran will send its vice president Soren Sattar to Russia. It is possible that the signing of export of Russian S-300 anti-aircraft missile systems to Iran will take place despite the international criticism of such a move, Stern said.

Russia has already reached a historical milestone, profiting $13.2 billion in 2014 from the sales of military aircraft, mainly to China and India, and now expects to expand its trade connections with Middle Eastern states.

Overall, any sense of economic crisis should not touch the visitors of the MAKS 2015: the demonstration of outstanding technical features and a brilliant air show should once again evoke the admiration of visitors, the publication concluded.