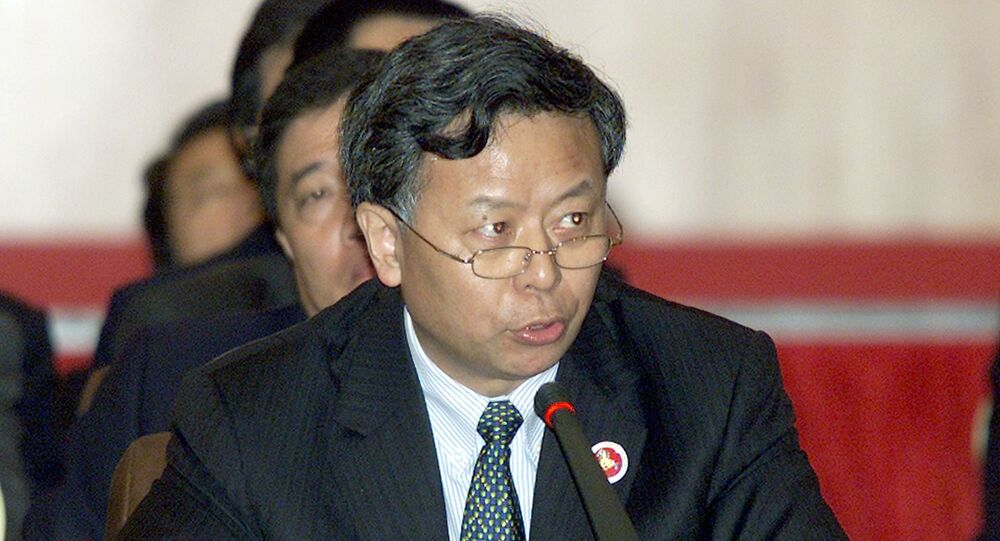 AIIB President Describes Launch by End of 2015 as Priority

Jin Liqun said that the bank must comply with the highest international standards.

© REUTERS / POOL
China's Ex-Vice Finance Minister Elected First AIIB President
TBILISI (Sputnik) — The first president of the Asian Infrastructure Investment Bank (AIIB), Jin Liqun, said Tuesday it would be his priority to ensure the bank is operational by the end of 2015.

"My main priority will be to finalize the operational and financial policies as well as to take practical steps which will help to launch the bank until the end of the year," Jin Liqun said at a press conference following his election to the AIIB presidential post.

On Tuesday, Jin Liqun, a former Chinese deputy finance minister, was elected as the first president of the AIIB. According to a RIA Novosti source in the Russian AIIB delegation, the post will be officially confirmed by the board of governors before the end of the year, but his duties as the Acting President could start on September 1.

"The first task is to create a strong institutional culture, based on the highest principles and ethical standards," the newly-elected president said.

According to Jin Liqun, the bank operations must consistently be technically, financially, economically and socially stable.

© AFP 2020 / WANG ZHAO
AIIB to Become Mainstay For Development Banks – SECO
"The AIIB must comply with the highest international standards. The AIIB bank should be responsible before the customers, look forward and to be goal-oriented," Jin Liqun said.

He thanked the World Bank, the Asian Development Bank, European Bank for Reconstruction and Development, and the European Investment Bank "for the support and technical advice," announcing that the AIIB would work closely with the legacy international financial architecture.

The AIIB, an international financial institution proposed by China to invest in infrastructure projects in the Asia-Pacific region, was created in October 2014 and currently counts 57 founding members. Its initial capital is $50 billion.

US 'Torpedoing' Major Projects of Developing Countries Like China-Led AIIB