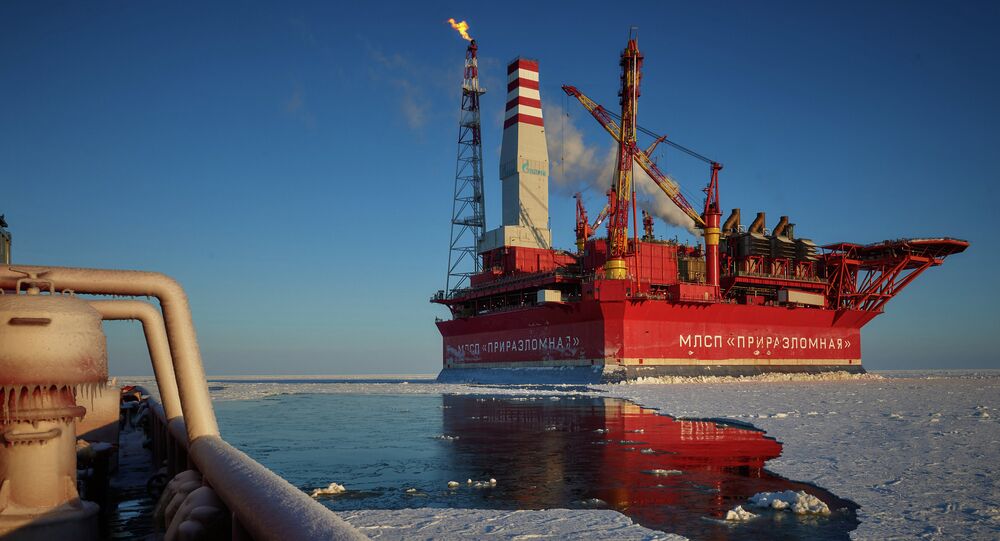 The Russian Ministry of Economic Development predicted a GDP decline of 3.3 percent.

"In 2015, we expect a [GDP] decline of 3.3 percent," Ulyukayev told reporters, adjusting a previous forecast of a 2.8 percent decline.

"We are adjusting 2016 as well," he added, stating that the GDP growth is likely to range from one to two percent. According to the minister, IMF's 0.2 percent growth forecast for Russia is too pessimistic.

On August 3, the IMF predicted a 0.2-percent growth in Russia next year, following a 3.4-percent contraction in 2015, as Western sanctions and the drop in global oil prices have affected the country's economy.

Russia's Ministry of Economic Development has lowered its oil price forecast for 2016 from $60 to $55 per barrel, Ulyukayev said.

"Based on the forecast of an average oil price of $55 next year, we believe that the average ruble rate against the dollar will be a little better than this year," he told reporters.

Global oil prices have been on a downward trend beginning last year, from an average of over $100 per barrel. This week, Brent crude prices reached six-year lows, hovering at slightly lower than $43.

© Sputnik / Ilya Pitalev
Ruble Weakens Against Dollar on Moscow Spot Exchange Market
As one of several resource-rich countries reliant on oil exports, Russia has had to contend with the price slide attributed to oversupply and reduced worldwide demand.

Speaking to reporters at the East Asia Summit (EAS) in the Malaysian capital Kuala Lumpur, Ulyukayev said the Russian economy had "bottomed out." He forecast that Russia’s national currency, the ruble, would stabilize as soon as oil prices "seek out a new equilibrium."

The minister added his 2015 estimate for capital flight was at $93 billion, due to slow down to $70 billion next year. His revised inflation forecast stood at 11 percent, in comparison to the previous 11.9 percent.