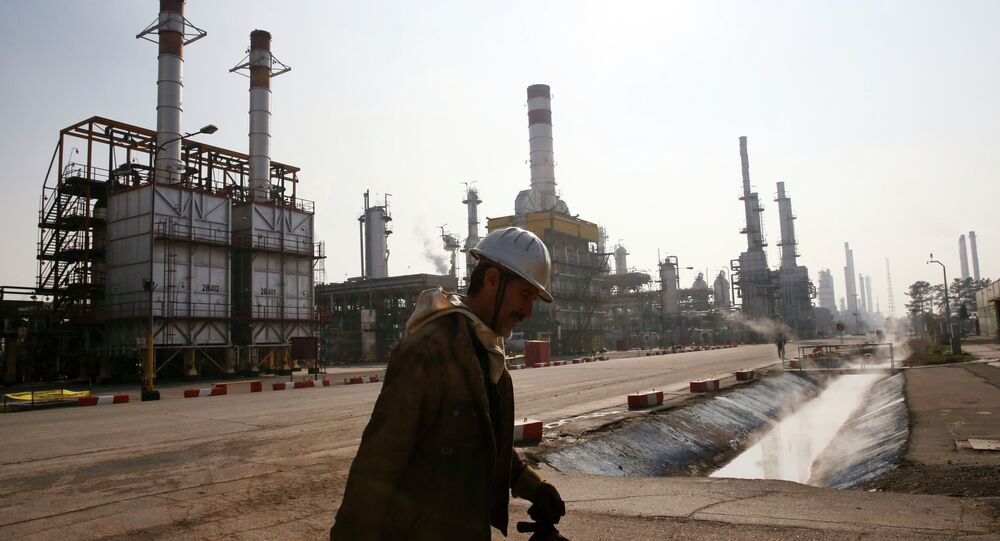 Amid dramatically falling global oil prices that dipped below $40 a barrel on Monday, oil producing states already started to fight over the oil market, trying to sell as much oil as possible further aggravating the situation, Muhammad As-Sayyad, the former head of Bahrain’s National Oil and Gas Authority (NOGA), told Sputnik in an interview.

The current drop in energy prices started last fall due to the oversupply of oil. Normally, when these kinds of situations occur, OPEC interferes and cuts global oil production. However, this isn't the case this time around — OPEC, led by Saudi Arabia, refused to decrease production, leading to a record amount of oil being pumped out of refineries despite the steady and ongoing decrease in prices.

This resulted in a free-for-all situation in which oil-producing nations refuse to sacrifice their own share of production for the sake of increasing global prices. And now, as prices keep falling, it has led to the struggle over the oil market and potential customers, as oil producers try to sell as much oil as they can, As-Sayyad explained.

© Flickr / Carsten ten Brink
Lifting of Anti-Iran Sanctions to Lower Global Oil Prices by $10 Per Barrel - World Bank
The situation is expected to get worse considering that Iran, which has been recently freed from sanctions and thus has an extra quota of 4 million barrels a day, is looking to flood the oil market with more crude. There certainly are potential customers willing to buy Iranian oil and that would lead to an even further decrease in prices, the former head of NOGA told Sputnik.

Oil producing nations will be hit hardest by the current situation. Budgets of the Persian Gulf countries, for example, depend 80 percent on oil revenues (on average). Following the current drop in prices, it's clear that the future budget of these countries will suffer dramatically. They will either have to increase their non-oil revenues or significantly reduce their spending. Harsh austerity policies are expected to happen, As-Sayyad said.