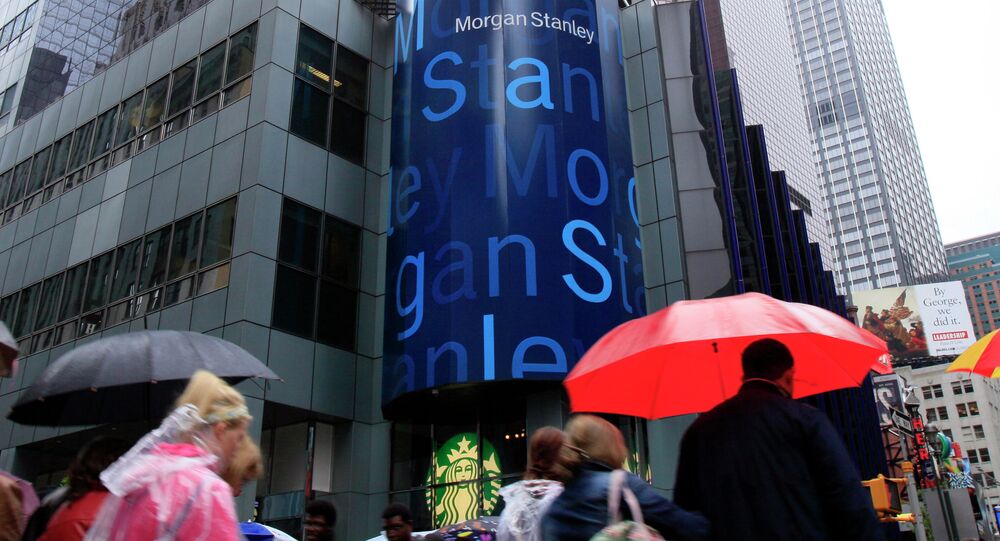 Fines and lawsuit costs faced by the largest US and European banks after the 2007-2008 global financial crisis amount to some $260 billion, according to research by Morgan Stanley.

© AP Photo / Michael Sohn
WikiLeaks: Merkel Doubted US Federal Reserve Policy in 2008 Financial Crisis
MOSCOW (Sputnik) — A survey of five largest banks in the US and the 20 largest banks in Europe, quoted by the Financial Times on Monday, revealed that $137 billion of the total was paid by Bank of America, Morgan Stanley, JPMorgan, Citi and Goldman Sachs.

The leading 25 Western financial institutions will have to pay an additional $60 billion during over the next two years.

According to Huw van Steenis, the managing director for Morgan Stanley’s European asset management arm, the impact of the fines and lawsuit-related fees on banks is profound.

“Litigation not only takes a bite out of your equity but has a much longer lasting impact on the amount of capital you need to hold,” van Steenis said, quoted by the media.

A global financial crisis began in late 2007 in the United States with housing and credit bubbles, affecting financial institutions around the world.

US Financial System ‘Much Safer’ Than Before Financial Crisis - Yellen